Hang on. Which bit of Developer Preview don't you understand?

Analysis Microsoft's private viewing of Windows Phone 8.1 has been opened to all comers*, many of whom don't like what they see.

Despite the modest increment, Windows Phone 8.1 is the biggest update in Windows Phone's history - and is possibly the most extensive update made to any smartphone platform. Features such as the Cortana voice assistant and notifications management were well received after they were revealed at Microsoft's Build conference this month, and the Preview release was rolled out to developers on Monday.

However, a thread of gripes on user site WPCentral has reached almost 1,000 comments in three days, and similar sentiment is expressed on the Reddit subforum.

A valiant attempt to list the positives users do like has mustered around 30 comments. The general complaint with Windows Phone 8.1 is that Microsoft is moving away from the original concept of "Hubs" which aggregated various services and apps - and is making Windows Phone it more like Android. Or "WINDROID", as one griper calls it.

Microsoft made getting hold of the Developer Preview of 8.1, which existing users won't get until the summer, very easy. Perhaps too easy, as anyone with a Microsoft Live account can download the Preview after a couple of clicks. So something that clearly isn't quite ready for prime time and that shouldn't be used as a primary device (the DP burns through the battery, for example, and gets keys confused) is being judged as the finished product.

That said, the move away from Hubs and has taken the elegance and simplicity away from the WP design. Some functionality will be restored, phone chief Microsoft's Joe Belfiore promised on Twitter - indicating that this is a work in progress.

@sarang20067 settings still in a fixed, "designed" order by likely use. So not TOTALLY arbitrary but I hear you on wanting more ctl...

Here's a roundup of the issues, corroborated by our own use of the Preview release.

When Microsoft designed Windows Phone in late 2010, it sought to eliminate clutter, and allow users to "get in and get out" more quickly than with an iPhone or Android phone.

The idea of Hubs were a large part of this, and these aggregated services and related apps. So the Messaging Hub handled not just SMS but Facebook chat too. A Games hub clustered together games, so they didn't clog up the applications list. Music and Photos hubs gathered together various apps related to music (including radio and podcasts) and photo-editing. The People hub allowed users to reply to Tweets or Facebook posts.

In fact, Microsoft encouraged WP developers to use its own Hubs as the template for designing their own apps: start with a "Panorama" view, and use panels... 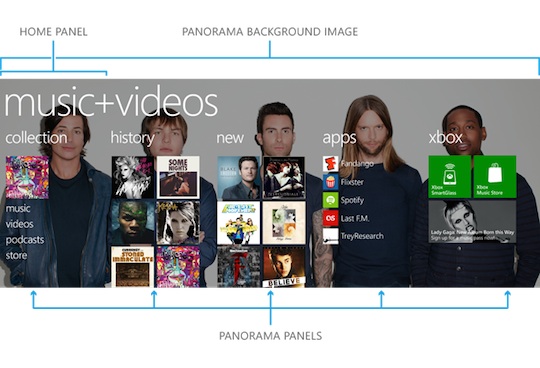 Microsoft encouraged developers to design apps like its own Hubs. But it's de-Hubbing Windows Phone.

For the 8.1 Developer Preview, much of this has been stripped out. Games appear in the apps list; Facebook has been stripped out of the Messaging hub and the now redundant "Me" Tile (a kind of personal hub - although you can create one for any contact). You'll be redirected to a standalone application to comment on or Like a Facebook post. The Photo Hub drops you straight into an "all images" view. The Music app has received the most complaints and Belfiore has already hinted it will be rewritten.

Some of these changes will result in long-term advantages that we can't see just yet. Functionality has been moved from the system to the application level, which should mean updates will be much more frequent. And that's needed, as some of this functionality has barely changed; the Hub hasn't really added any new social networks since launch in 2010, and newer social networks like Vine, Instagram, WhatsApp and Tumblr aren't integrated. But it looks like the promise of deep, system-level integration will never now be fulfilled.

Next page: Our night on the tiles
Page:
Corrections Send us news
46 Comments