Prerelease software now open to anyone, not just developers – as long as you keep quiet

Notoriously secretive Apple has always kept its beta builds of OS X out of the hands of the hoi polloi by limiting their availability only to registered developers, so it is with some surprise that said polloi can now get their own hands on said builds through a new OS X Beta Seed Program. 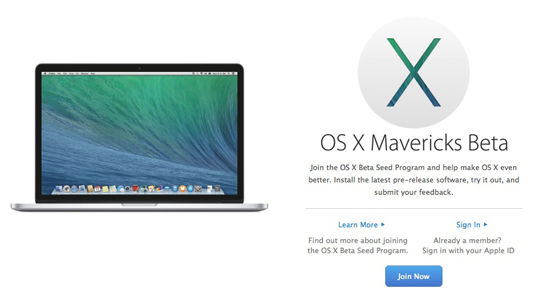 You too can be OS X beta tester

Apple charges $99 per year to join its Developer Program, but the OS X Beta Seed Program is free of charge to all comers. All you need to do is "be of the legal age of majority in the jurisdiction in which you reside," sign up using your Apple ID, and agree to the nine-page OS X Beta Seed and Confidentiality Agreement.

Yes, you'll be bound to confidentiality:

Or, as the program's FAQ explains in less legalistic lingo:

The purpose of the program is to provide you with the "the opportunity to run pre-release software," Apple says. "Test-drive beta software and provide quality and usability feedback that will help make OS X even better," a noble goal that will undoubtedly warm the cockles of any true Apple fan's heart.

After accepting the license agreement, you'll be presented with a Beta Access Utility, which will enable pre-release versions of OS X to show up in Apple's App Store app's Update section. A Feedback Assistant will appear in your Dock, which you can use to tell Apple of your findings, suggestions, and most heartfelt yearnings for the future of OS X. And if you should decide that you want to quit the program, Apple will release you.

But you won't want to leave. Being on Apple's QA team is going to be wonderful.

Just don't tell anybody about it. ®