HK schoolkids loaded up with handsets, sent back to Shenzhen 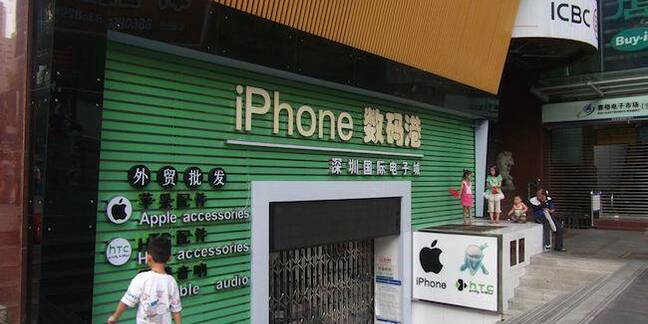 Cross-border school kids as young as 10-years-old are being used as mules to smuggle iPhones and other electronic gadgetry from Hong Kong into China where they can be sold at a premium.

Customs officers found five cases of electronic devices inside students’ backpacks during the Easter holidays on Saturday, according to Hong Kong rag The Standard.

The border control officials at Huanggang, on the Shenzhen side opposite Lok Ma Chau in Hong Kong, were said to have become suspicious after noticing the students’ hefty, over-packed cases.

The Easter haul is not the first of its kind.

A week previously, 53 smartphones and 12 iPads were apparently recovered from students’ backpacks and over 30 dodgy cases have been confiscated so far this year at the nearby Futian border crossing.

Over 15,000 kids cross the border every day from Shenzhen to go to school in Hong Kong, making them the perfect couriers for adult smugglers.

Most of the children are said to be aged around 10 and are coerced or bribed into carrying the goods into China, without understanding the legal repercussions.

High-end iPhones and iPads are not the draw they once were in the Middle Kingdom, and supply is outstripping demand there, by and large.

However, smugglers can still make a decent sum by buying in tax-free Hong Kong and selling in China, where electrical goods can be as much as 20 per cent more expensive.

A Forrester report back in 2012, when admittedly Chinese demand for i-devices was much higher relative to supply, predicted 70 per cent of new iPhones and iPads bought in Hong Kong that year would be smuggled into the PRC. ®

Whoa, France. Take it easy. Wow. You're out of control. Fining Apple 55 minutes of revenue for secretly slowing down iPhones? Maniaques!

Proud CEO Cook hails a 'remarkable year'... perhaps for all the wrong reasons