DeSENSORtised: Why the 'Internet of Things' will FAIL without IPv6

Analysis For more than 20 years, it has been clear that the internet will eventually run out of public IPv4 addresses. Despite that limit, online businesses have been slow to adopt IPv6, which has an abundance of addresses by comparison.

Now that tech companies are eager to use the phrase "Internet of Things" (IoT) or the "Internet of Everything" (IoE), IPv6 lobbyists are keen to stress the dangers if the IT world does nothing about the looming address shortage.

IPv4, as you may know, uses a 32-bit system, giving it about 4.29 billion possible addresses for devices; in reality, when you take into account reserved and private spaces and other overheads, that figure can be no more than about 3.7 billion public addresses. Meanwhile, IPv6 uses 128 bits, which opens up a maximum of 340 undecillion addresses (that's 340 with 36 zeros after it), although really only about 42 undecillion are useful.

Sadly, switching from IPv4 to IPv6 isn't as trivial as you may think, even though modern operating systems and networking kit support both protocols: a device configured with a single IPv6 address cannot directly talk to a thing with an IPv4 address, and vice versa, so you can't just throw the two protocols into the mix without some sort of bridging.

But the move is not impossible, and supporters of IPv6 have dusted off their old forum, which had been dormant for some time thanks to the lack of appetite for the protocol, to promote its wide-open address space and other qualities.

The Internet of Things – a world of ultra-low-power embedded sensors, motors, and similar gadgets, all connected up like billions of tiny tentacles to data-crunching computers – seems, at present, a faddish marketing ploy by networking outfits that are keen to flog more kit. 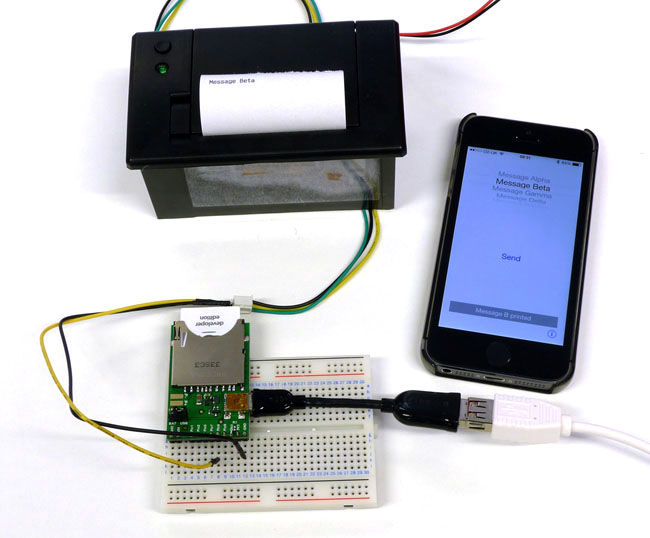 Building the internet of things ... it may not look like much now, but networking giants think electronics born from development kit like this will take over the world

The likes of Cisco, which this year pumped $100m into IoT, see it differently, however. The corporation is convinced that 50 billion devices can be linked directly to the internet by 2020, even though adoption of IPv6 remains sluggish and IPv4 can't support that many publicly addressable things.

There's always NAT, of course, to keep IPv4 alive, but we're told that's rather 20th century: Cisco's UK and Ireland chief technology officer Ian Foddering, when quizzed by The Register, insisted that the success of IoT hinges on IPv6 being embraced quite swiftly. He told us:

Yes, within the existing IPv4 infrastructure you can do things such as network address translation (NAT), but in terms of scalability and sustainability and actually being able to support the capability we're talking about – some 50 billion devices by the year 2020 – that's going to be really difficult to do on a IPv4 environment.

I think the adoption of IPv6 will be key. The ability for the UK in particular to start to more heavily deploy it at a consumer level is also important.

Foddering added that in Blighty only a small number of internet service providers, including Virgin Media, were fully committed to enabling IPv6 capability. One-time national telco BT, on the other hand, continues to largely shrug off moving to the newer net addressing scheme.

"BT have IPv6 in its core," Foddering said. "BT also has a spare capacity of IPv4 addresses so the compelling reason for them to move at the moment probably isn't there."

He doesn't expect BT's attitude to change until those spare addresses start to deplete.

Cisco's CTO added that, while a lot of technology supports IPv6, some private and public sector organisations were struggling to understand the implications of not moving quickly to that protocol.

Education is key, Foddering said. He added that Cisco was among the companies attempting to "reignite the interest and awareness around IPv6", but admitted that training programmes and tech skills were "sparse at the moment":

Part of the inertia has come from 'what has been the compelling reason up to now'. We're rapidly seeing more and more laptops and tablets and smartphones being connected, but increasingly we're seeing these sensors and these other things being connected to the network, and that's driving the demand. I think the compelling reason is there now in terms of IoE and I would fully expect a much greater adoption going forward.

Specifically with IoT, or IoE as Cisco prefers to brand it, Foddering said security issues remained a barrier to plugging many more devices into the 'net – after all, defending 50 billion devices from data thieves and other miscreants could well be the biggest challenge facing the IT security industry, if not the wider world if it really takes off.

But he said younger people were comfortable with sharing information and connecting things together, so security worries are unlikely to slow down complacent youngsters in seizing IoT gadgets.

When asked if the British government had any concerns about IPv6 adoption, however, el Reg got the sense that it is a topic way down on the list of subjects that Whitehall pays much interest to.

"There is an acceptance that this is something that needs to be tackled," Foddering, who regularly talks to culture minister Ed Vaizey, said.

"It's certainly on the agenda, but just one of many, many different aspects that needs to be contended with."

The Cisco man is hoping that the return of the IPv6 forum "will add some value in terms of acting as a bit of a political vehicle for the question to be raised and answered into government." He added: "IoE presents a fantastic opportunity to allow that to happen."

Next page: Ripe for the taking: Exactly how many addresses are left?
Page: