Tales from the Internet World Cup: ICANN tell nothing will change

Brazilian striker aside... it's all very model UN

NetMundial's internet conference, the much-hyped, over-excited lovechild of Edward Snowden's NSA revelations, has been significantly more subdued than people thought it would be.

After the first day of the two-day internet shindig in São Paulo, Brazil – the Global Multi-stakeholder Meeting on the future of Internet Governance – a sense of resignation was building in those who thought "this time, yes this time, the wrongs will be righted, the walls broken down and internet users will be heard".

It hasn't happened. And the internet governance professionals who spend every other month in a different country repeating the same platitudes until they start to believe them have triumphed again. Despite everyone's best efforts, NetMundial is a damp squib.

But you have to admire the process.

I spent the evening in the top corner of an expensive hotel drinking not-bad Malbec delivered for free by waiters while straining to hear the deliberations of two small groups redrafting the final document of NetMundial.

From what I could hear, they did a thoroughly professional job. The discussions from earlier in the day were run through methodically and intelligently and the best possible effort was made to change the text to reflect what had been said.

But it all falls woefully short of what the bigger, wider world expects. When blabbermouth NSA sysadmin Edward Snowden leaked allegations about the agency's doings, he revealed not only what many feared but much worse. And there had been a sense that this conference would be a driver for real change.

Brazilian President Dilma Rousseff had found out that her personal emails had been hacked and spread around the US intelligence community. She has particular reason to want real discussion. Likewise, Angela Merkel, Germany's chancellor.

But despite repeated and very public calls for a clampdown on internet surveillance, the whole issue is being carefully sidestepped in São Paulo. The entire idea that people are accessing and using our interactions online in a way that would have blown George Orwell's mind has been anaesthetised. In this rarefied world, that stark fact is less important than not upsetting people who they will have to sit opposite next month in another part of the world. 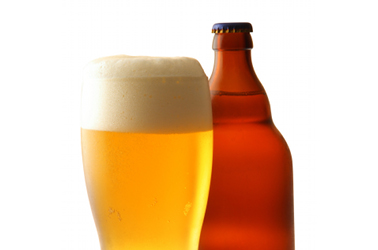 Brazil has a delicious beer called Baden Baden (don't ask me why). And they have variations of this beer. My favourite is the "Red Ale". It is delicious. Full-bodied, hoppy, tasty, just a delight. At the Hyatt where NetMundial is being held it costs 23 Brazilian real, or $10.36 / £6.17. This is expensive. But after 10 hours of listening to musings on 'net governance, it is worth every penny.

Of course you're also hungry. So you spend 28 real on a bar snack of sausages and bread (delicious). I'm not staying at the venue hotel of course - that is way too expensive. I was lucky enough to find a place only 15 minutes walk away that cost just $150 a night.

Next page: In the cash-flush world of the internet overseers
Page: