Malaria sucks, that's the point – and let us tell you how

It's been an entertaining week so far for the El Reg Quid-a-Day Nosh Posse, as team members battle to survive on just £1 per day for food as part of the Live Below the Line challenge.

Calorific intake concerns aside, we've managed to knock up a few decent meals, and even forage a bit of extra nutrition.

Of course, living for five days on a fiver is in no way comparable to living permanently without sufficient food, but Live Below the Line explains that the fundamental idea is to "deepen understanding of the challenges faced by individuals living in extreme poverty, and to raise vital funds for crucial anti-poverty initiatives".

The El Reg posse is rattling the tin for Malaria No More UK, which "works to protect and save lives from malaria in Africa where 90 per cent of all deaths occur". 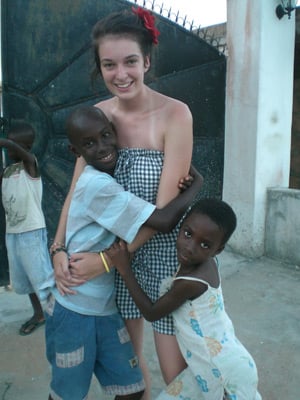 In my case it's personal, because I've had malaria, and let me tell you in no uncertain terms it absolutely fucking sucks. I'll elaborate in a moment, but Live Below the Line sent over the story of fellow fundraiser Jemma Berwick, who likewise suffered while working in Ghana for six weeks as a trainee paediatric nurse.

She said: "It was my first time outside of Europe, I knew it was going to be different but nothing prepares you for just how different life is. The hospitals were basic with hardly any equipment. The children’s ward had 30 beds, two thirds taken up with children who had malaria. The majority of patients were pretty weak as they were malnourished as well as suffering from malaria.

"I found it incredibly tough to see children so ill, especially from a disease that is preventable. I knew the statistics and that a child dies from malaria every minute, but knowing the numbers does not mean you are ready for the day-to-day reality of the impact of malaria."

Jemma then recounted how she succumbed to malaria: "I got up late and couldn't face breakfast but went into work the late shift. I felt a stabbing pain in my left arm and my chest, but didn't think anything of it as I'd been in the sun the week before so put it down to that. I just felt really tired and after the shift went home and just crashed out on our sofa.

"My housemate Anna, a trainee doctor, saw me and sounded the alarm bell immediately as I couldn't breathe properly and my lips and fingers had turned blue. I started to drift in and out of consciousness. I remember thinking that it felt like someone was sitting on my chest and I became really scared. I had Plasmodium falciparum, the deadliest form of malaria.

"I needed four bags of fluid throughout the night as I was so dehydrated. In the morning I had another injection of quinine before being discharged with a strong antimalaria agent called Coartem."

Nasty. Jemma then slept for a week before gamely struggling back to her placement. Back in the UK, she pledged her support for Malaria No More.

Next page: My story: 'I'm going to die in this s***hole'
Page:
Tips and corrections
17 Comments

Study shows energy readings off over 90%

Charity accused of leaving sensitive notes behind after office move

Updated Yep, it's another case of the unchecked filing cabinet