The quid-a-day nosh challenge: Anyone fancy this fungus I found?

Or would sir care to see the entire foraging menu?

The sun has risen on day three of the El Reg Quid-a-Day Nosh Posse's Live Below the Line challenge, and the team's in generally good shape.

I say generally, because we've haven't heard from Toby Sibley since Monday, when he expressed concern that he simply didn't have enough calories stockpiled to make it through the week.

We've been crunching a few numbers to see just how many calories per day we're getting from our diets, and will present the findings later in the week, if we still have the energy.

My own experience of the challenge last year was that it's about now that you really start to miss those little things which make life bearable. For Neil Barnes, it's "cheese and Marmite", although he shockingly declared: "Beer I can live without."

Chris Winpenny, meanwhile, has been battling temptation in the works canteen where he's been obliged over the last two days to eat lunch of lentils or spaghetti from a Tupperware container while colleagues gorge on magnificent spreads of, co-incidentally, lentils or spaghetti, albeit in much greater quantities.

He said: "The thing I miss most is the after-lunch coffee from the adjoining bar. I can smell it as I walk past and explain again to my colleagues the concept of sponsoring for charity and why I won't be joining them."

He added: "Just imagine the Monty Python bank manager sketch where the manager has every last ounce of goodwill squeezed out of him."

Personally, I could really go a bacon sarnie right now, so it's with a Homer Simpson-style drool and groan of "woaaaar baaaacon..." that I present Neil and his missus Anita's dinner last night: "London Particular" split pea/bacon soup complete with chives from the garden: 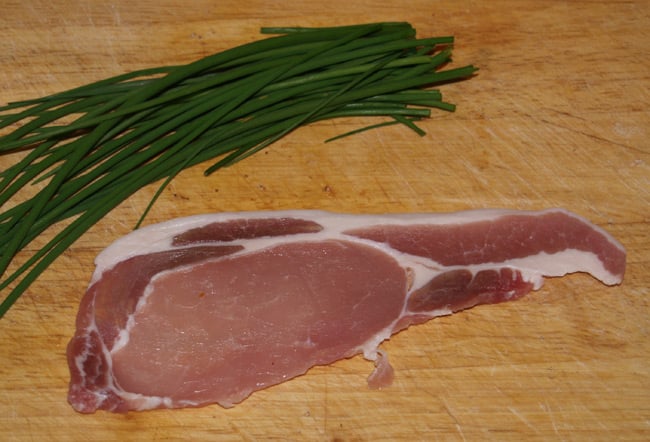 Study shows energy readings off over 90%

Adtech's bogeymen are tracking everything - even your web visits to mental health charities, claim campaigners

So says Pro Privacy after automatedly gazing at 82,000 sites