Pics There was more than just talk on offer at Twickenham's Future World Symposium this week. Although there was much to hear about the so-called internet of the things, the connected home, autonomous systems and connected intelligence, there was also plenty to see - and you'll be happy to know we took pictures.

The event hosts a modest exhibition of mainly UK-based companies showcasing how they are approaching the topics discussed at the symposium.

Perhaps it’s no surprise that an event organised by the National Microelectronics Institute (NMI) focuses on the little things that mean a lot. Apart from the odd laptop running bespoke apps, there were plenty of naked circuit boards on display highlighting the development activity in this sector.

As we’re in the land of handheld devices and ultimately sensor nodes supporting the "internet of things", keeping power consumption down, or at the very least making it practical, is high on the list here. 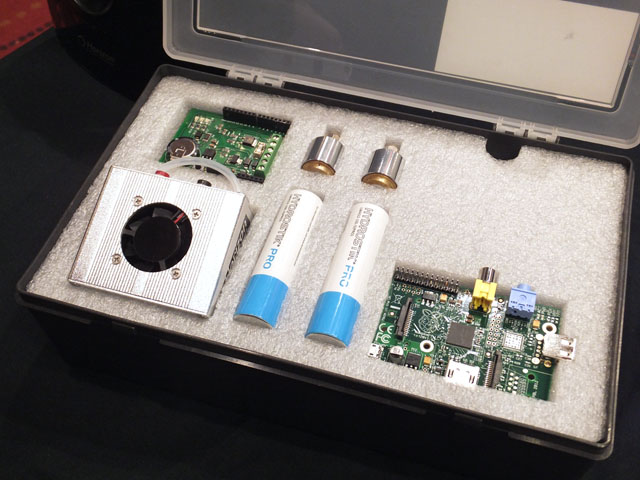 London-based outfit Arcola Energy strives to deliver the best of both worlds with its adaptations of hydrogen fuel cell tech. As an integrator, the company covers a broad scale of fuel cell applications from transportation to providing remote power sources. It also caters for developers with its kits, complete with an Arduino Uno board starting at £350 and a higher power capacity Raspberry Pi version for £599. There’s mbed compatibility too.

The developer kits offer a very neat way of being able to work out what sort of energy lifespan you can expect from a design and make tweaks to suit. Besides the boards and fuel cell shield electronic controller, you get a refillable 12 litre HydroStik hydride that feeds a shiny metal box complete with fan that is the actual fuel cell. 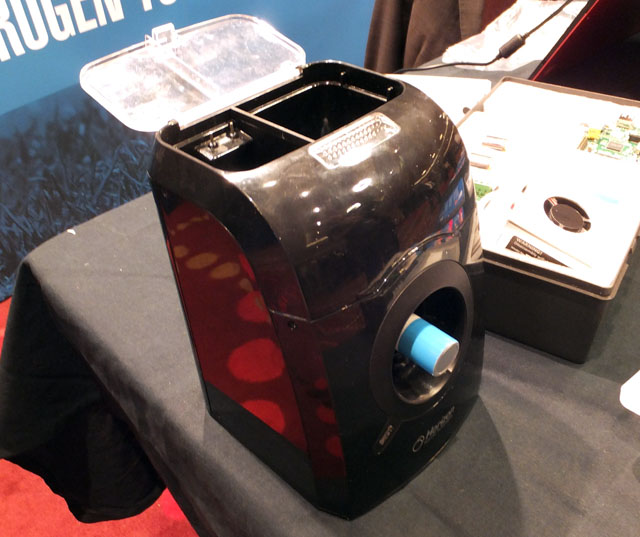 The fuel cell determines the overall output of the system. With the Arduino One kit it’s 1.5W whereas the R-Pi version delivers a 12W and can increase this to 30W. One thing you’ll need to buy as an extra is either a bottle of hydrogen or the Hydrofill hydrolyser that connects to the mains to charge up the HydroStiks - which is an eye-watering £800 direct from Horizon but a more sober £455 from Arcola. What’s more those tears will go to waste as you can only fill it up with distilled water. Using a Hydrofill to replenish a HydroStik takes about two hours.

Next page: Just add water. Or just the hydrogen
Page:

Ah shucks, industry and investors will have to wait a little bit longer
Science21 Jul 2021 | 39