Thanks for nothing, Apple, say forensic security chaps

iPhone factory reset removes all traces of everything, forever 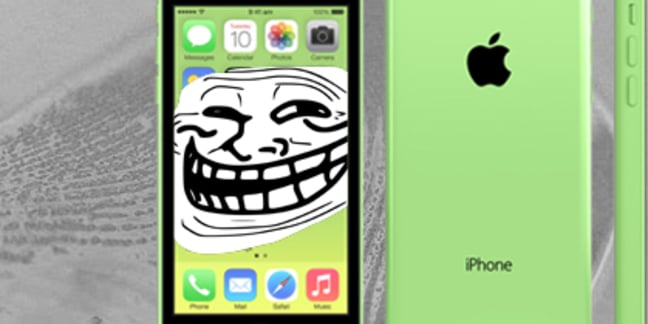 Apple's decision to encrypt data on the iPhone is responsible for this state of affairs because a factory reset erases the decryption key required to reveal the handset's contents, according to Jason Solomon, a forensics investigator with Sydney-based Klein and Co.

"This means we can't get a full physical image of the phone," Solomon said. "The whole phone is encrypted and the keys are stored on the device, so when you erase the phone you erase the key and [forensics] can't decrypt it."

Solomon has faced cases where iPhones have been factory reset ahead of investigations, but he said evidence for possible cases could be salvaged because the time and date of the factory reset was recorded on the device.

Forensics folks' best hope to get anything out of an iPhone is to jailbreak it, said Perth-based forensics professional Chris Coutis. Doing so provides access to the bootloader and therefore offers the chance to take a critical sector-level image.

"Even if we can't do forensics today, as soon as a jailbreak drops, the game changes completely," Coutis said.

The technique forensics pros use to jailbreak iPhones created a RAM disk from which probing software could be loaded. The process did not erase user data.

But none of the currently-available iPhones are easily jailbroken.

Apple sold 43.7 million iPhones in the second quarter of this year alone, beating analyst predictions. Of the most popular smartphones on the market, the forensic-busting iPhone 5S came in top spot followed by its sibling the iPhone 5C. The iPhone 4S took fifth spot.

iPhone woes will play a small part in a talk Coutis will give this Sunday at Perth's WAHCKon conference, where he also plans to pour cold water on the myth that forensics procedures require expensive kit. Coutis will instead tell the conference a trawl of GitHub can suffice to source tools capable of analysing mobile phone chipsets or working around devices locked down by users with unusual technical prowess.

Coutis will also discuss the feasibility of warm and cold boot attacks in which DRAM chips could be read by attackers with physical access to a machine.

In warm boot attacks, RAM could be copied using the dd command onto an external drive, while the latter technique required chips to be cooled using compressed air which preserved the stored data and then physically removed and placed into a new machine.

He said both attacks could be performed cheaply but would generally only work on lower end or older machines. ®