Please work for nothing, Mr Dabbs. What can you lose?

Something for the Weekend, Sir? “So,” murmured the blonde in the now-deserted restaurant late the other evening as she lazily traced the rim of her wineglass with her middle finger before looking up to fix her eyes on mine, “what excites you?”

No, I’m not remembering this accurately. It wasn’t a wineglass but a cup of coffee and she was stirring it furiously with a spoon. It was 9 o'clock in the morning and we were surrounded by roughly 40 people packed shoulder-to-shoulder at the same party table, all talking so loudly that she had to yell her question to be heard over the cacophony.

For I was attending a networking breakfast for entrepreneurs. I’m one of those, I’ll have you know. I’m entreprenning all the time. I’m doing it now, in fact, but don’t worry: I’ll clean it up later.

The woman had blonde hair, that bit of my story is true, and she really did ask what excited me. To put this in further context, I had just been telling those nearby that all IT startups launched within the last six months were destined for failure.

I didn’t mean it, of course. Talking bollocks loudly with an attitude of certainty works for other people, so why not me too?

Anyway, I must somehow have given this one person the entirely erroneous impression that I might occasionally hold views concerning the IT industry that could, when viewed in very particular light, seem almost vaguely cynical.

Given the circumstances – a room of networking freelancers who in their desperation for generating more business have paid £20 a head for scrambled eggs on toast – I ought to have regaled my less-techie-than-me audience with vague observations concerning “cyberspace”, or dead-head nonsense relating to “big data”, or better still a few genuine anecdotes picked up from Tony Smith about what is probably the only genuinely fascinating thing left to talk about in tech, The Internet of Things. Ah, that would have looked good. They would have hung on my every word. Or hanged themselves, either would have done.

Naturally, I messed it up. Failing to get in the swing of the event and taken off-guard by the unexpected question, I took the woman at her word and replied honestly. What excites me? Well, dear reader, what excites anyone who works in the IT industry? So I told her: doing nothing and watching TV. 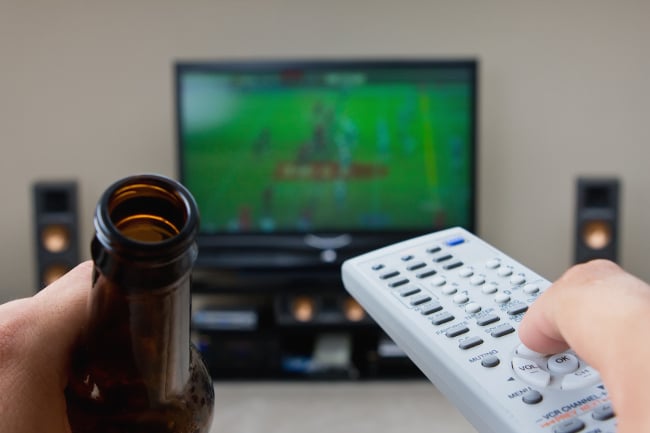 I could've been doing THIS instead of talking bollocks with you

Incidentally, she ran a company that booked conference speakers. Now this is interesting because, when you work in the same field for a few years and reach er… a certain age, you start receiving requests to deliver training courses and speak at conferences. It started happening to me 20 years ago but that’s because I’m older than you think. Hence my question back to her:

“Do any of your conference speakers get paid?”

Some do, it turns out. I nearly fell off my chair. As a journalist, albeit an IT journalist so not the kind of journalist who does war zones so therefore not a real journalist at all, I am always expected to do it for free, for love, for “exposure”. This was how it was sold to me the first time round – if I “expose” myself in front of my tech peers, I will earn loads of valuable contacts.

Sure enough, within a week of speaking at that event, I was contacted by 10 other organisations… all asking me to speak for free at their events too.

Despite this, it seemed worthwhile to keep exposing myself in public but I finally tucked it back in three years ago. I had turned up at a publishers’ conference expecting to deliver a 10-minute presentation about content production options for tablet magazines, only for the organiser to tell me I had to draw it out to half an hour because another speaker hadn’t turned up.

I don’t do PowerPoint (because all slide presentations, without exception, are utter shit) so it took a bit of inspired busking with an iPad in hand hooked up to the big screen and a spontaneous Q&A session to fill the extra time.

Just as I was about to return to my seat, I looked around the room at all the attendees, the organisers and my fellow speakers, and the realisation hit me: they were all employees. Indeed, every single person in that room was drawing a salary as they sat there – except for me. All they had to do in order to keep earning their money while I selflessly and pennilessly shared my hard-earned expertise was to not be dead. Even the poor sods serving the coffee were getting paid. As I learnt later, the nob-less cock-pot who didn’t turn up was also due to receive a cheque for his valiant efforts.

An email turned up this week from a marketing dude inviting “a small group of journalists like yourself” to be editorial content mentors – on a charitable basis, of course – “to the entrepreneurs it awards funds to”. In return, we lucky journalists would have the opportunity to write about these startups. Oh dear, here we go.

I wrote back asking for clarification thus:

Your proposition is a little ambiguous. If I understand correctly, you’re looking for journalists to deliver training to some entrepreneurs.

These entrepreneurs receive investment from an organisation called [blanked]. [blanked] receives funding from the National Lottery. I am making an assumption that you have been hired by [blanked] to help with marketing comms. The journalists delivering the training, however, are being asked to do so free of charge in the expectation that they will be happy to write PR stories about the entrepreneurs, also free of charge.

Surely I’ve got this wrong. Can you set me straight?

You will, of course, accuse me of being mercenary. But just because these days you expect your content for free doesn’t mean I should have to create it for free. I subscribe to Dr Johnson’s principle: “No man but a blockhead ever wrote, except for money.” Besides, my kids start complaining after being without food for more than three days in a row. 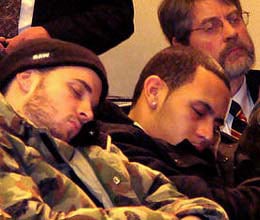 THEY'RE getting paid... Why aren't I?

Some would suggest that I earn my money disreputably and don’t really deserve to receive any. Occasionally, first-time readers of this column are so offended by the lack of quality therein that they feel compelled to express their disgust within the comments section. The base of the complaint will be that the complainant objects to me being paid money to write such drivel.

Often he (it is always a bloke) will insist that the time spent reading 'Something for the Weekend, Sir' was wasted (I can't argue there) and he will invariably proceed with crushing unoriginality to demand a refund for the 10 minutes of his life lost in the process.

Ten minutes? It’s funny how all the complainers are slow readers.

The irony is that most, if not all, of these people read my column at their workplace, shortly after it is published on a Friday afternoon. They sit there reading my column while their salary continues to tick over. So if you are appalled that I should get paid to write this junk, what kind of sad bastard are you that gets paid simply to read it?

You read it for nothing AND get paid to do so AND you want to get paid a second time to celebrate your poor judgement? Wow, and I thought I was a ligger.

Basically, just because online content is free doesn’t mean it costs nothing. Mercenary I may be, but when I want to be charitable, I do charity, not business. What I’m sick of is being asked to work for nothing by someone who isn’t. ®

Alistair Dabbs is a freelance technology tart, juggling IT journalism, editorial training and digital publishing. He is currently pursuing an aggressive programme of entrepreneurial networking and can be found talking too loudly at a breakfast club or cocktail bar near you… assuming you are in London’s Tech City.