Comcast and EA said to be planning streaming games service

So, the carrier that didn't have enough bandwidth for Netflix wants to stream FIFA? 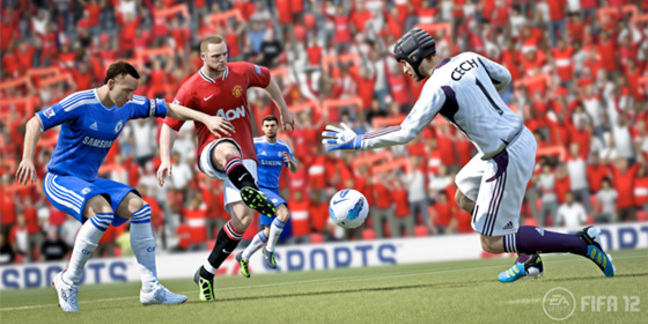 US cable giant Comcast is reportedly in talks with Electronic Arts about a streaming games platform.

Reuters cited multiple sources familiar with the matter when reporting that the companies would collaborate to port EA games for the Comcast X1 cable box platform.

According to the report, X1 subscribers would be able to get EA titles streaming directly to their set-top boxes without the need for additional games consoles or subscriptions to other services. The report notes that the two firms have been developing the platform for more than two years.

Such a service could provide Comcast with a competitor for gaming consoles such as the Wii, Xbox, and Playstation brands which, have evolved to support not only gaming on discs but also downloaded games and streaming video services. Smaller systems such as the Ouya and Roku also offer casual games titles over their streaming services.

Having EA as a partner would give Comcast a major ally for the service right off the bat. The company's titles include the iconic Madden American football and FIFA world football series, as well as other franchises such as Battlefield and Need For Speed.

While streaming games services are gaining in popularity as both console hardware and network connectivity improve, the idea of carriers transmitting games to set-top devices dates as far back as the mid 1990s, when Japan's St. GIGA radio service was used to broadcast games and media files to the Satellaview system and Nintendo Super Famicom console, known in the West – in a slightly different version – as the SNES.

No mention was made in the report of the possible bandwidth concerns that would arise from streaming video games, presumably in HD format, to end users. Comcast recently said that the need to improve network throughput was behind its deal with Netflix on a plan in which the video-streaming service paid extra to establish an "interconnection agreement" with Comcast. ®

AT&T gets clearance to devour Time Warner for $85 BEEEELION

'We don't care, in fact look at this letter about how little we care. Really. Please look at it'

Megadeal gets go-ahead after vote