Special Report This weekend, earnest young men - several of whom appear to have beards - are camping out in Washington DC. They're protesting against "plans to allow a pay-for play internet".

In fact, we think there genuinely are some serious competitive concerns about recent developments in the ever-changing business of carrying bits of data - they're just not the ones you (and the beards) might think. Talking about "net neutrality" raises fascinating questions - but they are far from simple. We think you might like to know what these are.

So we're bringing you a bullshit-free guide to what to what's really happening here - and what you may want to worry about, so you can better direct your energies.

This is strictly non-ideological. There will be no principled arguments for "the public good" or the sanctity of non-intervention. The internet has to work - and work well, well enough to serve everyone - not just the people who shout the loudest, or who lobby well. Today, some groups (such as the disabled) are very poorly served, as we shall see. The internet also has to grow and develop in ways we can't anticipate today, which is still the Jurassic era of networking. If you want to freeze things as they are today - or put another way, if you think it's as good as it gets today, then please stop reading. Here instead is a ten hour video of some unicorns on rainbows - or you may prefer a long train journey). 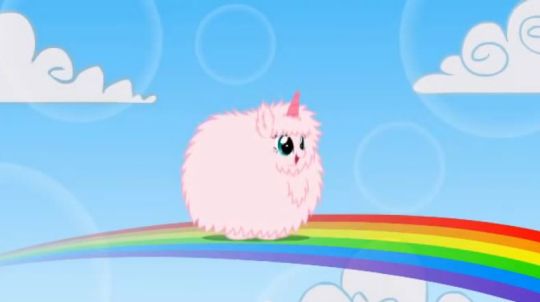 The well-funded Net Neutrality campaign in the US is strongly backed (and funded) by internet content and services companies. These campaigners make an emotively powerful argument: that without intervention, we will see a "two speed" internet, with new payments forced upon people who are obliged to use a "fast lane". Net neutrality proponents say that internet packets should be treated equally, or at least "fairly". This is typically backed by the a claim that "it's always been this way".

Preferential speeds, data discrimination - the campaigners argue - are both new and bad.

Let's try and measure this against reality.

Exhibit A is a portion of a historically important document that's more than thirty years old. It's RFC 791 and it was written in September 1981. The whole document specified how packet networks would talk to each other. That's what "internetworking" was, and is - networks agreeing to talk. No wonder it's known as the "mother of all internet protocols" - every significant protocol refers to this, and it described the IP packets you're using today to read this. The portion below describes the header of an IP packet, the DNA of the internet.

Now have a look at what we find.

The IP header reserves bits for what kind of packet, the "terms of service". In other words, right from the start, the internet was designed as a multiservice, or "poly service" network. Packets were never "equal" - they could and would have to go at different speeds. The TOS headers have never been implemented, the job of shunting things through at different speeds being inferred from the traffic flows rather than interpreted from the data itself. But TOS shows what the original thinking behind the internet was.

Give it a moment's thought and you'll see that it can't really work any other way: some things like real-time video require very low latency and low jitter, other things can wait a few milliseconds longer.

"Regulators aren’t helped by the legal and academic classes clinging to a fantasy that FIFO queues represent some kind of ‘neutral’ mechanism, and that all packets were created equal in some kind of Rawlsian system of information justice," writes Martin Geddes, whom we'll hear more from later.

In other words, we're projecting a utopian political concept into a place it doesn't belong. We could benefit from looking at this in a more hard-headed, practical, technical way.

But wait, you're thinking - don't we all believe in fairness?

And "slow lane" discrimination against a smaller, less profitable business isn't fair - right? Exactly so. Let's now look at the reality behind this claim.

Next page: The ever-changing road
Page: