Astroboffins have found the Sun’s long-lost sibling, separated at birth from the star which now resides at the centre of our Solar System. 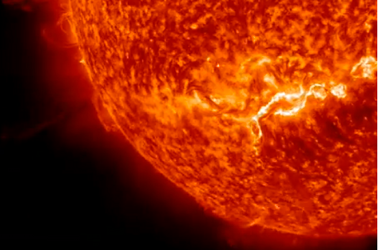 The Sun's much larger brother has 15 per cent greater mass and is located 110 light years away in the constellation Hercules, say boffins who are convinced it was almost certainly born from the same cloud of gas and dust as our own hot star.

The University of Texas astronomers who conducted the study say the methods they used (PDF) to find the rather lengthily titled star HD 162826 could help in locating more solar siblings and ultimately the birthplace of the Sun and our Solar System.

“We want to know where we were born,” lead author Ivan Ramirez said. “If we can figure out in what part of the galaxy the Sun formed, we can constrain conditions on the early solar system. That could help us understand why we are here.”

There’s also the chance that close relatives of the Sun were also able to host planets that are hospitable to life, making them good candidates for the search for alien beings. In the early days, before the newly formed stars spread out, collisions could have knocked chunks out of primitive planets and those fragments could have been responsible for bringing life to Earth and creating life on those worlds. Similarly, fragments broken off of early Earth could have taken the seeds of life to nearby planets orbiting other so-called "solar siblings".

“So it could be argued that solar siblings are key candidates in the search for extraterrestrial life,” Ramirez said.

The solar sibling can’t be seen by the naked eye, but it can be viewed even with low-power binoculars – for those who wish to try, it is located not far from the bright star Vega. (See chart below) 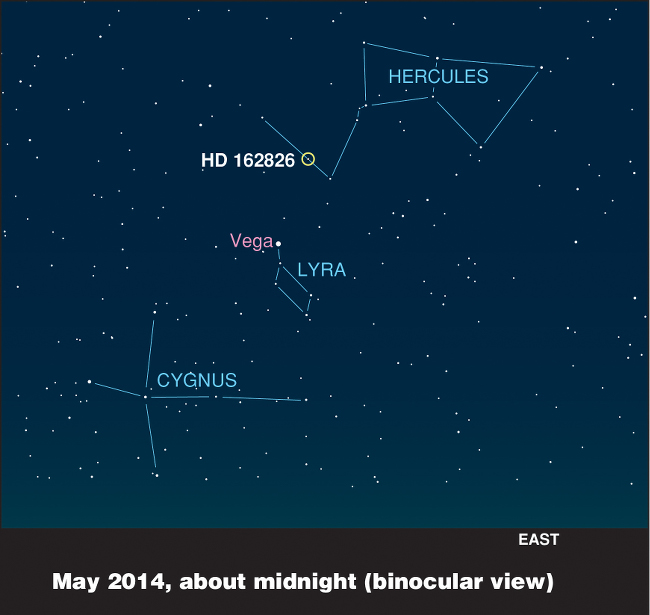 The researchers figured out it was a Sun sibling by following up on 30 potential relatives identified by teams all over the world.

They studied the candidates with the Harlan J Smith telescope at McDonald Observatory and the Clay Magellan Telescope at Las Campanas Observatory in Chile, using high-res spectroscopy to figure out the stars’ chemical compositions. The astroboffins compiled that data with information about the stars’ orbits, where they had been and where they were going in their paths around the centre of the Milky Way, to narrow the possibilities down to HD 162826.

Although the astronomers are pleased to have found a solar sibling, they’re just as excited to have come up with a method that will help to identify many more when data comes in from new surveys like Gaia.

“The idea is that the Sun was born in a cluster with a thousand or a hundred thousand stars. This cluster, which formed more than 4.5 billion years ago, has since broken up,” Ramirez said. “A lot of things can happen in that amount of time.”

Astroboffins will have access to tens of thousands more stars in Gaia’s data, but although Ramirez’ method can speed things up, they’ll still be doing the research the hard way.

“[It’s not like] we’re going to throw this data into a machine and it’s going to spit out the answer,” he said. “It’s not that simple. You have to be careful, do things the old way: star-by-star analysis.” ®