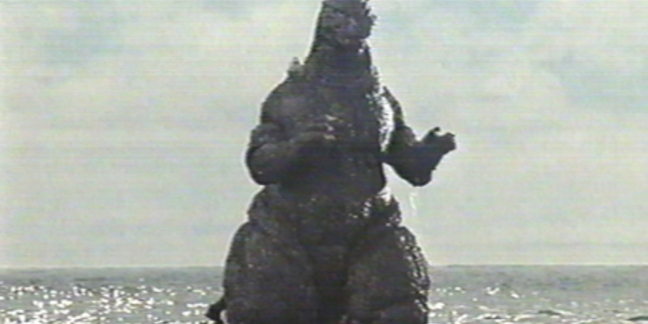 The stars of a new Godzilla film have rallied round its big-boned monster star after cruel Japanese bullies renamed it Fatzilla.

Twitter users rounded on the corpulent sea beast after publicity shots showed it had piled on a few pounds since the last films.

Now the stars of the latest movie have come to the bulky beast's defence, insisting that anyone who claims Godzilla has "been Americanised" or "eaten too many cheeseburgers" is just a nasty bully.

“You know what?” said Aaron Taylor-Johnson. "Give him a chance. It’s been 60 years. … He’s allowed to pack on some pounds.”

“I think it might have been like a bad poster or a bad angle on Godzilla. I feel like everyone needs to give him a break. He’s been sleeping in the ocean,” added Elizabeth Olsen, another co-star.

“He’s gone and supersized himself!”

“I’m not surprised. A spare tyre is expected in middle age.”

Other fans have pointed out that Godzilla is fatter from his neck down to his stomach, suggesting he had been eating monster portions since the last movie. ®