How to sail the stormy seas of international trade 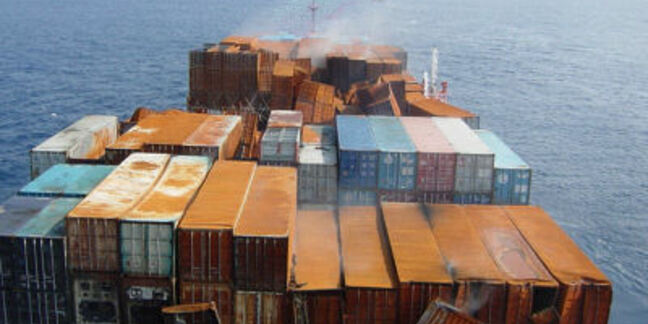 Bono must love Japan. Most of the streets there really do have no name; instead, cities and towns are subdivided into areas, subareas and blocks.

Some of those land blocks (known as banchi) aren’t listed linearly but in the order that they were registered with the government. To a westerner, it is a wonder that anything ever finds its way to anyone.

In Germany, the house name or number appears after the name of the street, unlike in the UK where it appears first.

In Costa Rica, many of the houses don’t have numbers at all. Neither do many of the streets. “Third house from the old fig tree” may be provided as a valid address there, even if said tree no longer exists.

So as a business trying to trade abroad, how do you get your products where you want?

This is just one of the logistical challenges facing small to medium-sized enterprises that want to do business internationally. Roughly nine per cent of the UK’s SMEs export to other countries, according to research undertaken by UPS and Jigsaw Research, and must overcome financial and bureaucratic hurdles.

George Willis, managing director of UPS UK and Ireland, highlights cultural differences as another problem for companies wanting to do business abroad.

“Our research highlighted that SMEs felt the barriers to the EU market were lower due to cultural similarities, but that there was less opportunity due to saturation in a mature market,” he says.

“More barriers exist in markets such as China, eastern Europe and emerging exonomies as they are so different culturally.”

Localisation is important. The better the partnerships in your target markets, the more you will be able to overcome these challenges.

But then there is bureaucracy. “Some export documents, such as the Commercial Invoice and Packing List, are requirements for export around the world,” according to UPS.

“Countries can introduce the requirement for other specified documents. The larger the number of documents needed to import a product into a country, the harder it is to do so.”

Finance is perhaps the scariest part of international trade. You have to ensure that you are paid by a business partner whom you have probably never met and who resides on the other side of the world.

On top of that you have to navigate the complex world of exchange rates and currency exposure. Where do you start?

“You have a period of time in import and export where you don't know the end client,” says Sam Kemp, corporate director at Barclays TMT, the technology, media and telecoms team at Barclays.

“You are shipping goods to a client while not having been paid for it. That is a big step when it's your first deal. By the time you have done it four or five times, you are more comfortable.”

Kemp advises small businesses to turn to their bank and a local bank on the payee side for help. At the very least, you can use banks on either side of the transaction to organise an export collection agreement with the two parties.

The export collection agreement is a bank document that helps to manage the terms of the deal. The banks can work together to manage the payment process after the goods have been delivered.

Terms of deliverability and accuracy are vital, says Kemp. Should a dispute arise over payment, both parties must be able to look at the document they signed and see whether the goods meet the agreed specifications.

If you ordered a container full of brown teddy bears and you receive red ones, that could be grounds for non-payment

As Kemp points out, if you ordered a container full of brown teddy bears and you receive 10,000 red ones, that could easily be grounds for non-payment.

Export collection agreements are great for keeping trading partners on track but they won’t keep them accountable.

“There's an implication that you will pay, but if the client says that it can't or won't pay then the banks won't guarantee the payment,” Kemp points out.

This is where an export letter of credit can help. Under this agreement, the payer’s bank agrees to make the payment, guaranteeing the funds for the shipper.

“The banks will be the backstops for this, saying once you delivered the bill of lading, you have to pay,” says Kemp. This requires a reputable bank on the payer’s side.

Currency risk is another other consideration. Companies doing business abroad must protect their profit margin and losses on currency exchange can come into this figure.

There is a time window involved in shipping product from one place to another and navigating the bureaucracy involved. During that time, a currency may move against you, Kemp warns.

It is important to be aware of who is holding the risk and how much risk that party can tolerate. For example, you may force your customer to transact entirely in your currency (the client may be better equipped to protect itself from exposure if it is a larger company).

If that isn't possible, then you could look to your bank to fix the rate. The bank would then buy a forward on the currency and charge you a premium on the present rate.

Be careful to understand the flow of these negotiations inside your own company, says Kemp. Your sales team may close a sale but while they are celebrating, the accounting team may find themselves playing catch-up as they try to negotiate foreign exchange terms.

"It's very difficult to counter-negotiate if you lock down a deal," he says. Even if the sales people have negotiated that the customer carries the foreign exchange risk, they have to understand how much margin they are giving away in return for offloading that risk.

Getting products from one part of the world to another can also affect finance. Many companies will pay on delivery, and underestimating the time taken to get them to another country to leave a small business with cash flow issues.

For example, dealing with a business partner in China could add days to your transportation window. Shipping goods across the ocean may involve multiple stops in different ports, all of which can add to overall delays.

“Your planning, your strategy for offshore sale has to include that age-old issue of geography and distance,” he says. “If your plan as an SME is to do an instant sale, it won't happen. That's the nature of the beast.”

These are all factors you will need to consider when choosing a logistics partner.

Another complication is security. Different countries have different requirements and ways to reduce them. For example, in the US, the voluntary C-TPAT (Customs-Trade Partnership Against Terrorism) security certification can help to reduce customs inspections and fees and speed your time to market.

However, that involves working with suppliers and customers who have the right certification.

“If you're in New Jersey and your supplier is in China, you talk to each other by email, but you're not there with them,” says Deyglio.

“You have to guarantee that the security standards being met are the ones of the import country, and that your supplier is meeting those. These become very complicated. It becomes a risk issue.”

In many places, such as Europe, companies can’t be C-TPAT certified. If they want to export to US firms under C-TPAT, they need certification as an Authorised Economic Operator. In Asia, the requirements are different again.

Along the way, you may find yourself facing additional charges from duty and other taxes. Mike Hodges, a customs and duty consultant, says that getting the duty rate wrong is the biggest mistake any small business can make.

If you are importing mobile phones, then are they computers, phones, or cameras? Each can have its own import duty rate.

Even a simple snow globe can be troublesome. “You wind it up and it plays Frosty the Snowman. Is it a toy? A musical box? Is it made of polyresin, and is there more of that than stone?” says Hodges.

“There are five different customs rates. They will take the highest and say that it's glassware.”

Tricks of the trade

There are other things small businesses can do to mitigate costs. Instead of paying for an entire import shipment in one go, affecting their cashflow, they can put imported goods into a bonded warehouse inside a designated duty-free area.

“You keep records on all this stuff in software as you put it into this customs bonded warehouse,” Hodges says. “When the goods are sold into the UK, the duty and VAT are paid when they leave the gates.”

There is also a process called deferment which enables you to pay your customs duty once a month, giving you a little more leeway.

Dealing with businesses internationally may be a daunting process, but with £1,582m in SME business coming from exports it is a worthwhile one.

Those small companies willing to take on the challenge stand to make substantial gains as they expand into new markets. ®