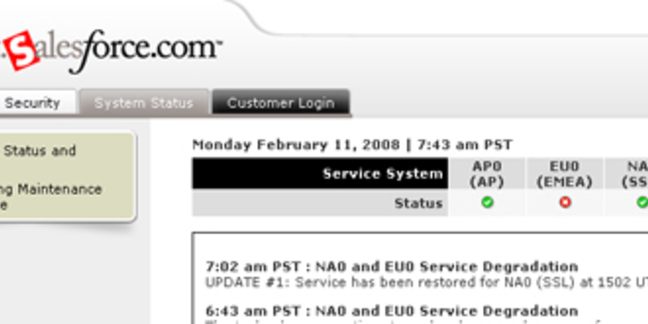 Salesforce.com's decision to acquire Heroku has looked an oddity for a while: why does a SaaS juggernaut with its own perfectly good Force.com development platform need a PaaS play like Heroku?

A new bit called Heroku Connect links the two. The idea seems to be that Heroku can take care of all the heavy lifting required to deliver a web app at scale. Force.com retains its role as the place to do custom app development for your team and the new connector pipes data between the two with sufficient speed that no-one gets grumpy.

In the background things aren't so simple. Salesforce lives on Oracle software. Heroku relies on its own version of Postgres. So they offer rather different environments for developers. Salesforce is also being a bit cagey on data centre arrangements: let's hope they've got Force.com and Heroku as physically close as possible – so latency doesn't rear its ugly head during data transfers.

Salesforce is talking up the formal release of Heroku Connector as enhancing its overall proposition by making it possible to feed customer-generated data into apps that run business processes. Pulling off that trick, it says, has not been easy unless you code your entire business by hand, either as a startup or a business colossus with more developers than sense.

There's some truth in that idea. It's probably also not far from the mark to suggest that what Salesforce has really done here is build middleware-as-a-service to link the two divergent parts of its platform. In a weird way that's a sign of maturity: most big IT rigs have middleware kludges in them somewhere.

Salesforce will, no doubt, prattle on about disruptive cloudiness, but under the skin it will be using some old-school methods to keep things going. ®