Toot-toot. Intel pulls up in the connected car of the FU-TURE-TURE

Pics Over on Planet Intel, it's not all about cranking out chips to power the world's desktops and servers; a semiconductor giant is allowed to dream of future of technology.

Not every dream goes Intel's way, of course. Still, with some new design concepts tucked under its arm, Chipzilla stomped into London last week and demonstrated what it's been up to. 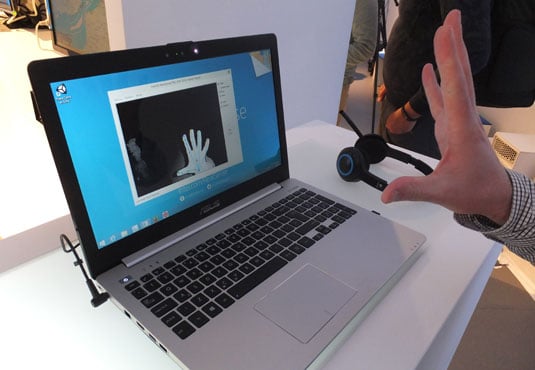 While Intel waits for manufacturers to adopt its Education kit ideas, it’s already managed to get its RealSense technology built into a bunch of PCs.

Rather than bulky Kinect-style clip-on cameras of before, on show were some Asus laptops, due in the coming months, equipped with built-in dual cameras that track movements to enable gesture control and "depth sensing". On screen, the software being demo’d would show a ripple effect as you moved closer and crossed the proximity threshold, enabling touch control from thin air. 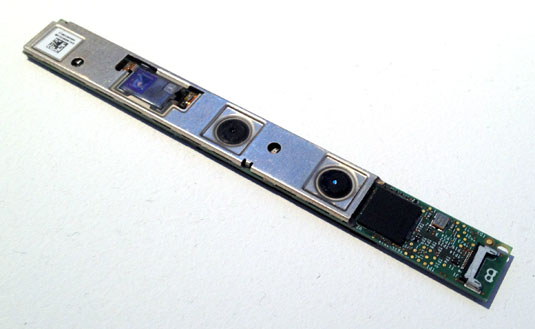 At the moment, the RealSense apps are little more than fairy dust; however, taking the idea a step further was a curious black box that appeared to project a screen into thin air. What’s more, using the tracking cameras, you can actually press the buttons you see in the air and swipe the screen Minority Report style from left to right. Not up and down, though.

Powered by a laptop and using a RealSense camera array from Creative Labs, the Intel Floating display can also show you what the camera sees in Depth Mode, drawing a surreal image of a person interacting with it. 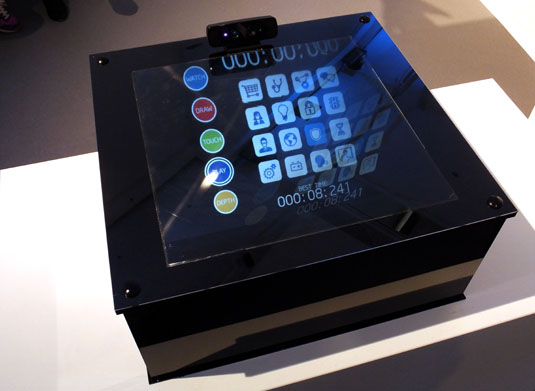 Behind the illusion is a special piece of glass that refracts light and features multiples layers of mirrors within it. In practice, the light exits the laptop screen, bounces off the glass and comes towards your face. It’s a two dimensional image, however, the depth camera enables the user to interact with it in three dimensions. An infrared camera – working like sonar to ping what’s in front of it and measure the return delay – is used so RealSense can figure out the shapes and movements before it.

Intel is keen to encourage development and consequently the RealSense software is free. To get going you just need Windows 8., and it will work with AMD processors too, although the chap on the stand quickly added that you wouldn’t benefit from certain “Intel optimisations”, as it is rather processor intensive. 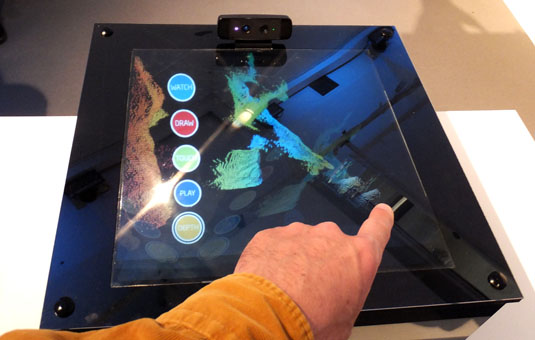 Depth mode reveals the camera's view of the world around it

Still, it’s out there, and all the components used in the demo unit are available. Suggested uses are kiosks, so your interactions are not only hygienic but secure too, as in an ideal scenario, you should only be able to view the screen from one position. That said, there were reflections all over the place during the demo.

Getting the big screen treatment and a heads-up display (HUD) too, was the Personal Vehicle Experience. Run from a laptop with tablets and other displays in the makeshift dashboard, Intel envisages the car as a communications hub. You’ll get email alerts whilst driving, but you won’t be able to read them until you’re stopped or at traffic lights. 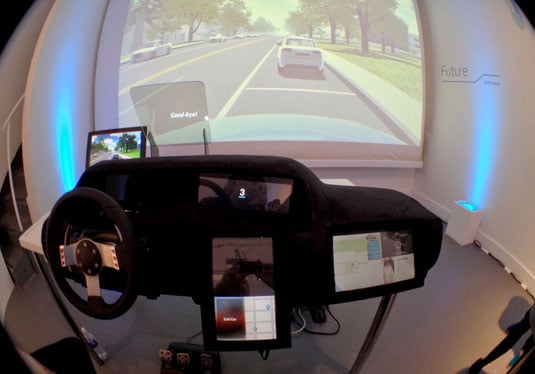 The journey in this brave new world, involved a lab results email that then suggested calling the doctor’s surgery. According to Intel, the car "cares about you" and if it senses an emotional response, it will alter the car's behaviour. So if your dad panics about his health at this point, the car will drive slower. This might not be such a great idea if you're bleeding to death with only minutes to live and the car decides to trundle along at 5mph.

As the journey continues, a young woman, let's call her Steph, calls in and wants her father to pick her up. So rather than worrying about calling the doctor, the dutiful dad arranges to collect the lazy-arse teen, who probably won’t live beyond her ailing dad if she doesn’t get round to walking more.

This is Intel’s world, remember, and being a connected world, a mutually convenient rendezvous point is worked out and sent to her and re-routed in the car satnav.

An every-day Personal Vehicle Experience – click for a larger image

When the brat finally gets picked up, a passenger tablet springs to life in the dashboard, and it has all her music on it, too. Sharing the satnav map, she chooses to go to ice-cream parlour The Creamery. The clues are implicit regarding where dad’s health problems sprang from, and the youthful Steph is obviously headed the same way. 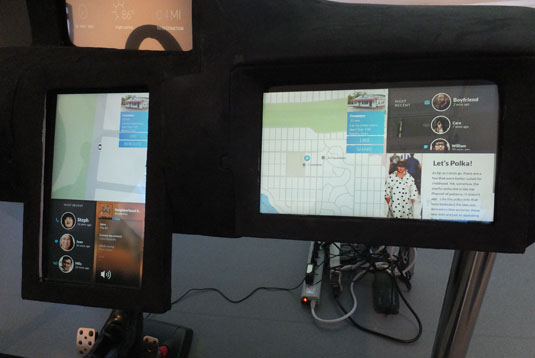 Forget hospital, let's get some ice cream: a passenger screen can make destination requests
Click for a larger image

As this is a shared car it finds a spot that's convenient for all the passengers, and neatly auto parks close to The Creamery... just as, this hack supposes, the father's coronary kicks in. In dismay, the cash-strapped teenaged sugar addict realises that her dad is too heavy to push over to get his wallet from his back pocket.

As the Personal Vehicle Experience comes to a dead end, coolly she tweets from the car: "OMG, this is sooo embarrassing. Parents, they're just so selfish."