Don't snap SELFIES at the polls – it may screw up voting, says official

Cameras, perfectly legal. Telling Twitter how someone voted, less so 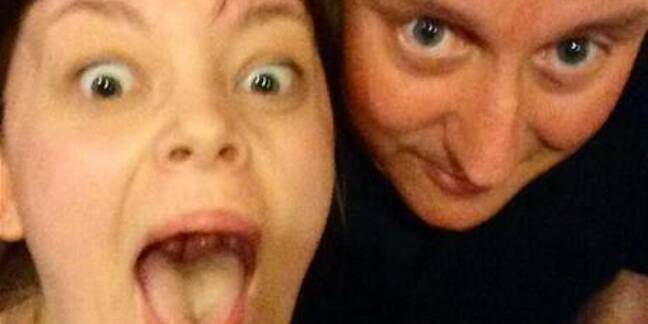 The selfie craze that continues to sweep the country could land some Brits in trouble if they unwittingly let slip how someone else votes in tomorrow's local and European elections.

The Electoral Commission has advised staff at polling stations to discourage such activity, the BBC reports.

"We have told staff that if they see anyone taking a photograph they should ask the person to delete it but not try to wrestle the phone out of their hands," an electoral services manager at an East of England local authority told the Beeb.

"It would depend on exactly what they were taking a photograph of. We have told them to take a note of the names and addresses of anyone doing it. But we would not necessarily call the police."

It is not a crime to snap silly, duckface pictures of yourself when casting a vote. But revealing how someone else has ticked the box is illegal.

Fines of up to £5,000 and six months in the slammer are the penalty for those who do inadvertently disclose such information to others.

If staff see anyone taking a photograph they should ask the person to delete it but not try to wrestle the phone out of their hands.

Section 66A of the 1983 Representation of the People's Act details the "secrecy requirements" that must be observed when voting is taking place. It states:

communicate at any time to any person any information obtained in a polling station as to the referendum answer for which a voter in that station is about to vote or has voted, or as to the number or other unique identifying mark on the back of the ballot paper given to a voter at that station; [or]

directly or indirectly induce a voter to display his ballot paper after he has marked it so as to make known to any person the referendum answer for which he has or has not voted.

Apparently, some polling station workers will also have be clued up on what a selfie is, but they need only look at some of the fine examples offered by all of the UK's party leaders, who have gurned their way through many such photo ops in the runup to Thursday's elections.

Such a selfie, for the uninitiated, is really the Web2.0rhea equivalent of a politician holding a babe in arms. David Cameron, Nick Clegg and Ed Miliband all need to be seen to be doing it these days. ®