China to become world's No 1 economy. And we still can't see why

Special Report China will become the world's biggest economy this year, overtaking the United States in GDP. As the FT drily notes, "Most economists previously thought China would pull ahead in 2019."

So China powers on, at a greater pace than had been predicted by Western economic experts, who are supposed to know about these things. But our leaders still can't seem to figure out why. Two weeks ago, I visited China. I had to conclude that for all the talk of the UK "winning the global race", we're no closer to understanding why China is doing so well today - at, annoyingly, the things we should be at good at.

There's some good news - there's a lot to learn, if we only need to look. But this will require dispelling some myths.

Our perceptions of Chinese business are coloured by two powerful myths, both of which are from time to time tinged by racism and paranoia. One is that the Chinese technology and manufacturing sectors are in the business of making cheap "copycats". But a few minutes spent studying either Haier Electronics Group – now one of the world's leading white goods manufacturers making ¥62.26bn in revenue and ¥2.1bn in income (about £5.8bn and £200m) in 2013 – or Huawei – with almost $40bn revenue last year – might change your outlook.

Chinese businesses may have begun by copying others in the sector - but now they're designing clever and inventive products. Huawei, for example, says it spends more on R&D than any other telco hardware company.

"Huawei are now doing first-generation technology," I was told by an industry expert who advises operators on what to buy. "They're competing on features and performance rather than price. In fact, Huawei equipment is more expensive than [that of] rivals but customers feel it is worth getting hold [of it] to get a 12-month advantage."

Of course, this contradicts the most lauded academic book on China's growth story, Run of the Red Queen by Dan Breznitz and Michael Murphree. In it, Breznitz and Murphree describe how Huawei and other Chinese companies succeeded by producing second generation technology that was cheaper than that of its Western rivals.

"For the past 10 years, it has been a 'fast follower' strategy, in other words, wait and see which way the market’s going. But that hasn't be true for a couple of years now," the industry insider said.

The other, arguably largely American, perception is a kind of modern Orientalism. It's China as – to borrow from the late nineteenth century xenophobic ethnic slur – "The Yellow Peril". This is reflected in the weird belief that a Chinese business isn't doing something because it's a sensible thing to do - but because it's part of some cunning, nefarious master plan against other countries.

It’s a heads-I-win, tails-you-lose proposition. If the Chinese follow, they’re copycats. If they innovate, they’re up to something sinister. Now, having gained scale by following the market, top Chinese businesses are now leading. They have an abundance of PhDs, and have figured out how to grow without piling up debt. It makes sense to invest in R&D, then. You can even argue it's tactical, not strategic.

Huawei in particular seems to have been the victim of the perception that they're up to no good, largely emanating from the US. It's worth looking at this company in a bit more detail what it's up to.

Huawei is a most unusual company, with a corporate structure that’s rare outside China. It grew by asking for money from its employees, who received stock in return. Officially it’s a “collective”, and thanks to the increase in stock value, many of its staffers have been able to retire in their 40s.

Huawei is now the biggest spender on telecoms R&D in the world – spending ¥30.7bn ($4.91bn), or 12.8 per cent of revenue (PDF) – more than Ericsson – last year, giving it a pivotal role in determining future standards. It now employs 150,000 staff around the world.

But myths and rumours shroud this story.

Amongst the myths: Huawei was an arm of the military state, bankrolled by the military warchest, founded by a top army insider; it grew by cloning other people’s kit; it is a vehicle for the Chinese spies.

But just as with China itself, the truth is often diametrically opposite to what you might expect.

Yet Huawei’s response has been fairly typically Chinese: shrug, ignore it, and get on with business. (Public displays of anger are not the done thing in China). But the radio silence has now been broken. The firm's founder, Ren Zhengfei, only gave his first interview less than a year ago. El Reg first visited the campus in 2012.

Far from being the state or the military’s "insider" company, Huawei has been an outsider, it says. ZTE is China’s state-owned telco equipment manufacturer, and Huawei’s great rival. "We have absolutely no government support. We have no special treatment when it comes to land purchases, to subsidies or to loans," chief spokesman Scott Sykes told journalists last month.

What’s the truth then? 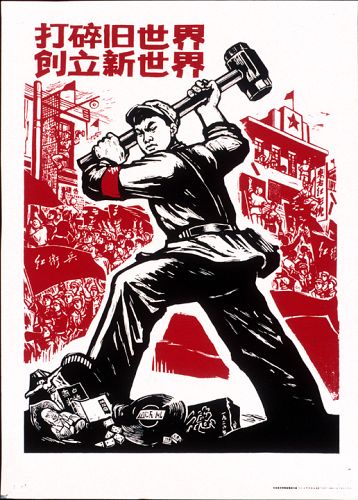 Founded by Ren Zhengfei, Huawei began life as a reseller of PBXs in the late 1980s, in a country with hardly any landlines. After a few years, its first piece of kit, an own-brand PBX, was a clone. (If state supports counts for anything, then the state-owned ZTE should be in the driving seat.)

But then Huawei ran out of cash. So the founder asked the employees to buy shares, and it’s the employees who have bankrolled the company’s expansion. Like electronics group Haier, Huawei is a “collective”, and some 80,000 staff own shares. Some bond issues have been made to augment growth, but it remains a highly novel arrangement – one that ironically resembles the kind of "co-ownership" or "co-production" that gets cited by academics here in the West as a model. Really.

Zhengfei hardly fits the profile of a well-placed insider, either – quite the opposite. Zhengfei’s parents were sent to labour camps during Mao’s Cultural Revolution (too intellectual we were told), and Zhengfei had been laid off from his white collar engineering job by the People’s Liberation Army (which only reluctantly employed him).

He was in his mid-40s when he founded the reseller business. Orders came not from the government – which favoured ZTE, the state-owned telco founded in 1984 – but from the private sector. Huawei grew in spite of the state, not because of it, since the state had anointed and bankrolled its own favourite, ZTE, said the firm.

Huawei didn’t know how to do high-quality manufacturing, which it had to do well to compete in Western markets. It didn’t really know how to walk through the procurement minefield to win contracts in the West. In fact, few people in China were acquainted with modern marketing at all, after 50 years of communism.