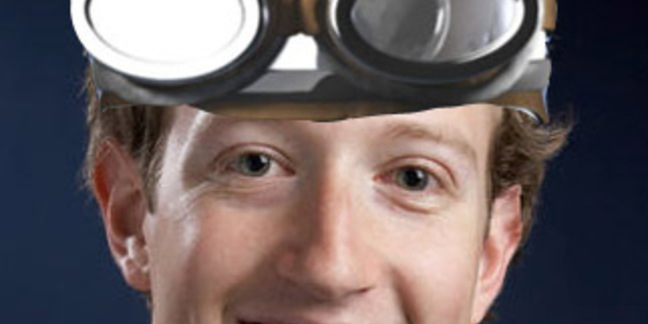 Facebook is rolling out a creepy new feature that will - with a user's permission - tap into the mic on their mobile device and listen into music and television playing in the background.

It will then post a status on that person's Facebook page, flagging up a song, say, and providing a 30-second preview of it to friends of that user.

The tech, coming to the US in the next few weeks for Android and iOS versions of the Facebook app, is switched off by default.

When writing a status update – if you choose to turn the feature on – you’ll have the option to use your phone’s microphone to identify what song is playing or what show or movie is on TV.

That means if you want to share that you’re listening to your favorite Beyoncé track or watching the season première of Game of Thrones, you can do it quickly and easily, without typing.

Apparently, background noise - such as private conversations - will be completely drowned out, with the mic only picking up on the audio of some songs and vids that Facebook can then slurp up in classic data-mining fashion.

But the concept itself ain't new.

Such technology has been used for years. In 2007, for example, a Californian company called IMMI (Integrated Media Measurement Inc.) signed up ratings people, gave them a mobile phone with special software in it and then activated the device to record a 10-second audio clip - boiled down to a 1.5KB "fingerprint" - every 30 seconds or so to help TV broadcasters better understand what viewers were tuned into.

But Zuck's version is arguably a good deal more sinister because - as a byproduct of recording those clips - it gets to tap deep into an individual's phone or fondleslab, plus Facebook is often granted access to a user's location settings: that's a beautiful new dataset for ad dollars right there.

Facebook said its feature was developed with streaming services including Spotify to allow the company to offer song previews in a users' status update. But its unclear how extensive a playlist Menlo Park has access to, so the tech might regularly misfire. ®

Oh there it is, Facebook shrugs as Free Basics private key found to be signing unrelated apps

F8 We have all been trolled