Concerning Windows Phone and its relevance to the larger business

A key to broader workforce mobility? 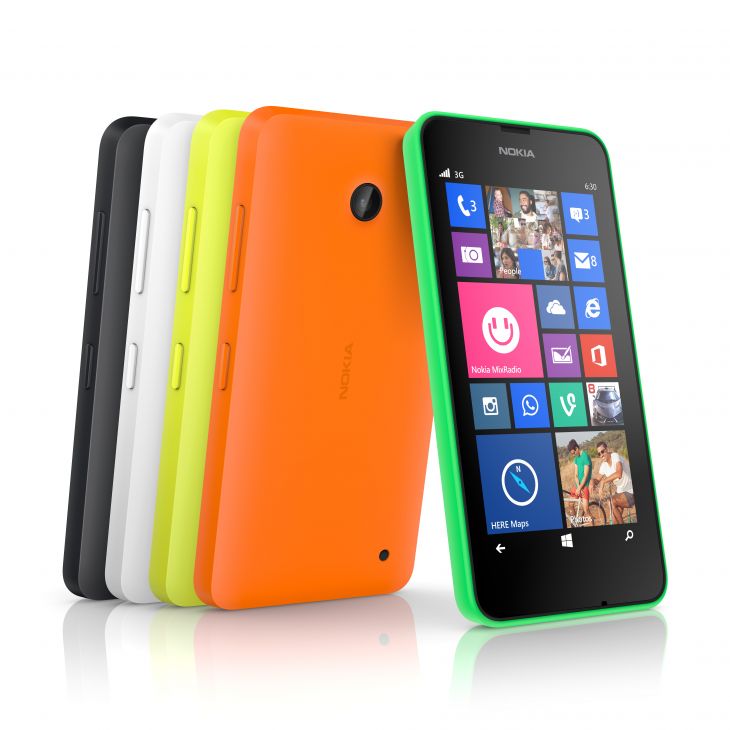 You could be forgiven for thinking that Microsoft has missed the boat with its Windows everywhere proposition. It’s a hybrid world in which Android, iOS, OS X and even Linux are not going away. This in turn leaves Windows Phone 8.1 as just another mobile operating system, vying for position against more established platforms.

But the enterprise mobility game is far from over – in fact it’s arguably only just beginning in relation to smart devices. If you look at smart phone use within business, for example, the centre of gravity for adoption to date is in what we might call the ‘VIP’ segment of users.

This includes execs, middle/senior ranking managers and other relatively highly paid white-collar workers. These guys expect choice, and usually have the power or political clout to get it.

Activity in the VIP segment will continue to be led by the high-end consumer market and the desire for the latest fashionable devices. In our surveys of Reg readers, we are consistently told that IT teams can generally do little to influence this situation – they just need to accept that the notion of standardisation has been sacrificed on the altar of VIP individuality.

Some deal with this by offering a broader range of company device options, while others put systems in place to support BYOD. Either way, the additional overhead and complexity just needs to be absorbed from an IT operations perspective. But in most organisations, the VIP segment represents a relatively small percentage of employees that could benefit from mobile access to systems and services.

Furthermore, those making up the broader population of potential smart phone users within the workforce don’t have that much power and influence. Standardisation is therefore a more viable option as you look to push mobile connectivity further down into the rank and file. The value mobile technology has often already been confirmed from ad hoc BYOD activity, but when you are looking to scale anything, consistency is often the key to efficiency and risk management.

The question then becomes which platform to standardise on. One obvious contender is iOS, especially as you need to support it anyway for many VIPs. But being realistic, Apple isn’t going to give up its premium positioning and pricing any time soon – it just isn’t in the company’s DNA. Putting the iPhone 5c out as low cost budget device pretty much says it all. The iPhone option is therefore likely to be rejected on economic grounds by many as they consider broader deployment.

So it must be Android then – after all, this has now become the mobile OS for the masses in the consumer space. Unlike iPhone, Android phones are available at all price points, and from manufacturers whose badge doesn’t necessarily command a brand premium. If you are looking at deploying a hundred, a thousand or several thousand devices to your employees, you can therefore control equipment costs much better.

The problem here though is that in practical terms, Android is not just one platform. Each manufacturer has its own variant, with capability and behaviour often defined as much by the custom UI layer and mix of pre-integrated apps and utilities as the operating systems itself. This makes defining a standard for your organisation more difficult – do you go with a single manufacturer or live with lots of variables?

In addition to this, Reg readers also frequently highlight security concerns with Android, particularly in relation to the amount of malware out there as a result of the open app store model, which incorporates little or no validation and vetting.

And so we come Windows Phone, which would appear to tick all of the relevant boxes in relation to larger scale enterprise deployment. Hardware is available at a range of price points, the app store is fully managed keeping security risks down, and Microsoft imposes strict rules on manufacturers to ensure consistency.

Windows everywhere - a work in progress

Added to this, outside of the VIP user segment, Windows still totally dominates on desktop/notebook machines, and the custom developed solutions to support process-centric activity represents a much bigger part of the software landscape. In this context, the Windows everywhere proposition starts to look more relevant. Achieving consistency for developers across Windows variants is still a work in progress for Microsoft, but it’s already claiming that 90 per cent of the code for most applications will be common across the phone, tablet and PC classes of device.

Against this background, Windows Phone as part of the Microsoft single pervasive platform play starts to look potentially more relevant and attractive, particularly if you take the longer term view and look beyond Windows 7 and 8. And as time goes on, if Microsoft can achieve a genuinely more seamless experience for users as they move between devices, e.g. through automated synchronisation of apps, preferences and data, this could even help to minimise the support overhead for IT.

Of course some will take the view that the last thing they want is to extend Microsoft’s stronghold on businesses from the desktop into the mobile space. Others, quite legitimately, will maintain a philosophy of device agnosticism. But there’s no arguing with the fact that Microsoft, more than any other mobile device vendor, is at least familiar with the needs of enterprise IT, so is likely to offer advantages that you aren’t going get from elsewhere any time soon.

It’s therefore worth at least considering the Windows Phone option as you look beyond your VIP users and set direction for the much larger wave of mobile deployments to come. ®

Sponsored link: Microsoft UK is holding a live virtual summit on the company’s enterprise mobility strategy on 4 June at 10:00. Check out the agenda and register here.