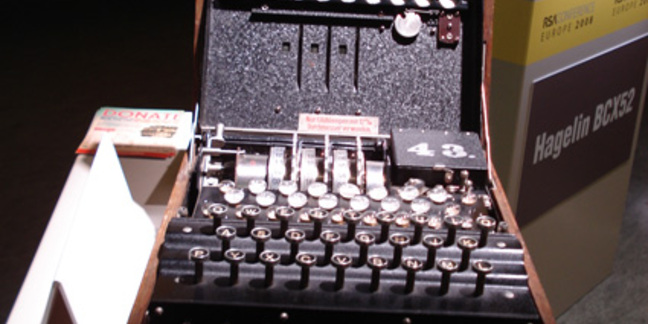 The US Congress has passed a bill that removes the NSA's direct input into encryption standards.

According to a report at ProPublica, an amendment to the National Institute of Standards and Technology act removes the requirement that NIST consult with the NSA in setting new encryption standards.

Following the Snowden revelations, NIST had denied that it deliberately weakened encryption standards at the behest of the NSA.

However, that didn't put to rest suspicions that weaknesses such as existed in Dual_EC_DRBG were deliberate NSA contrivances, with RSA singled out for criticism over the random number generator.

Earlier this year, NIST formalised its advice that nobody should be using Dual_EC_DRBG.

Concern over the NSA's involvement also led to an unsuccessful campaign to exclude the agency from IETF crypto research, and a successful one to block RSA key swaps from the TLS standards.

According to Slate, Congress has now passed the amendment that was recommended by the House Science and Technology Committee (Slate also complains that the rest of the bill is mostly toothless).

As Bruce Schneir pointed out last week, users' one source of post-Snowden optimism is that vast dollars haven't yet delivered a special sauce that lets the NSA or its five-eyes partners crack well-implemented encryption.

Hence their continuing reliance either on social engineering, or on various forms of keylogging, to get user data.

In that light, anything that gives users confidence that their encryption isn't being backdoored can only be a good thing. ®