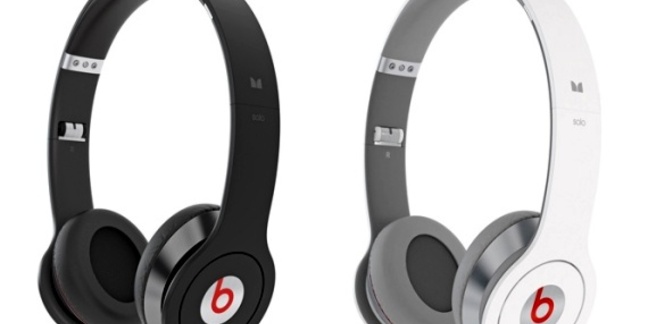 The iPhone maker on Wednesday issued a formal announcement revealing it will shell out $2.6bn in cash, and an additional $400m in payments that will vest over time, to bring Dre and company on board. The final price was slightly lower than the $3.2bn figure which circulated when word of the deal first broke in May.

"Music is such an important part of all of our lives and holds a special place within our hearts at Apple," chief executive Tim Cook said in a canned statement. "That's why we have kept investing in music and are bringing together these extraordinary teams so we can continue to create the most innovative music products and services in the world."

The acquisition will include Apple's assimilation of Beats' headphone and audio hardware lines, which will be available directly through the Apple Store both online and in the company's retail storefronts.

Perhaps more importantly, the deal will also give Apple control over the Beats Music streaming service. While Apple has built its iTunes music store into the largest single music retailer on the planet, the company has so far failed to gain a foothold in the streaming space. Acquiring Beats Music could make Apple an instant player in the streaming music world.

"The idea when we started the company was inspired by Apple's unmatched ability to marry culture and technology," said Iovine in a canned statement. "Apple's deep commitment to music fans, artists, songwriters and the music industry is something special."

The transaction should close in the fourth quarter of the year if regulators approve it, Apple said. This is the largest acquisition ever announced by Apple – just in time for this year's Worldwide Developers Conference (WWDC) in San Francisco. ®