Alas, it isn't all good news, with Watch Dogs' driving experience being far from the equal of its hacking. Cars tend to handle like canal boats might on a river of ice and, though persistence will eventually hone your driving skills, more work should have been done to tighten this substantial part of the game. 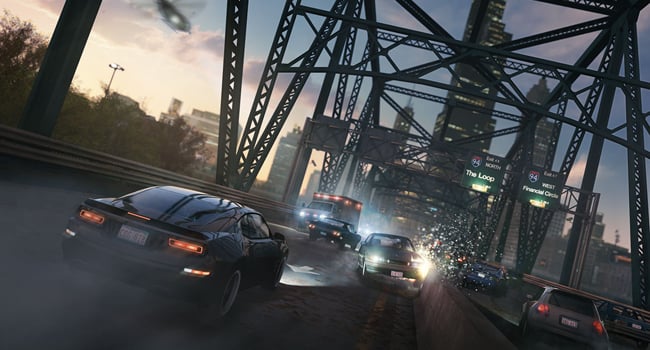 That said, there was one idea that I did warm to that makes its presence felt when you're behind the wheel. If you manage to get out of sight of the police, it's possible to pull into an alley and kill the engine. Pearce will then hunker down in his seat to give a confused police force the slip. Small beans perhaps, but neat nevertheless.

Thankfully, the driving is just about serviceable enough to not ruin the other elements of the game. A good thing too, as the diverse options you'll unlock through Pearce's various skill trees soon produces a genuinely varied, even bespoke, experience. 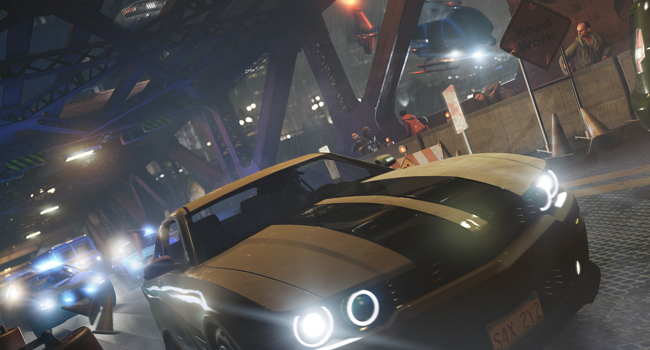 As you might expect from a sandbox, there's an overwhelming heap of superfluous missions to attempt. These will be highlighted on your mini-map once you've hacked an area’s CtOS terminal – an event that reveals an area’s secrets, much like "synchronising" does on Assassin's Creed.

Missions fluctuate from yet more driving to bizarre nightmarish battles against drug-induced enemies. While there's further chaos to be unleashed in missions that pitch you into a walking spider-tank. Fun, if hardly the most subtle means of transport for an anonymous hacker. 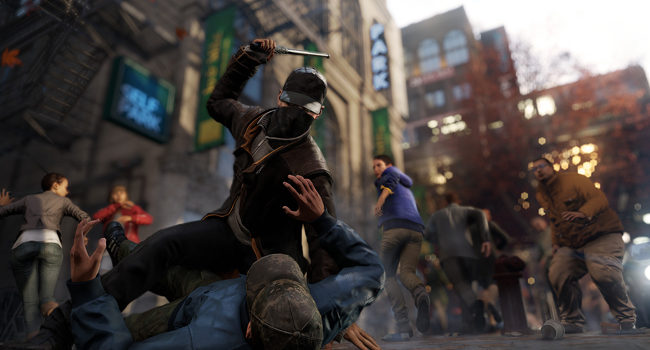 Chicago: my kind of town

Multiplayer is a further variation, even it does feel somewhat tacked on. Best of the lot is Decryption mode – a variation on a theme on capture-the-flag. Here, you'll face off against a rival gang as each tries to decrypt a secured file before the other.

Interesting too is the chance to invade another player's game. When it's done right, the cat-and-mouse type tracking down of your would-be hacker can be a tense affair, though the experience depends much on the invading player. And that’s if you can get online at all, with the service patchy at best as Ubisoft irons out some gremlins. 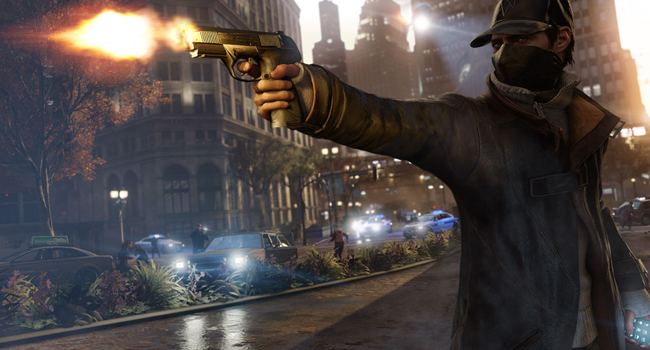 Old tech still has its uses

There’s no doubt that Watch Dogs offers a clever, fresh twist on the sandbox formula. While it could have been improved in certain areas – most notably in driving and its unremarkable lead – the hacking dynamic is as impressive as was first promised in a darkened room back at E3 2012.

As we gird our loins (at least that's what I do) in anticipation of another E3, it will be interesting to see if Ubisoft has a sequel up its sleeve. There's certainly plenty of untapped potential and areas that would benefit from a polish. For now though, this first foray represents a reasonable return for your outlay. ®

Meet YouTube-linked games-streaming Stadia, yet another thing Google will axe in two years (unless it kills Twitch)

Now, witness the power of this eventually operational game star

Pong, anyone? How about Pong on a vintage oscilloscope?

Doable, if you have a soldering iron and a couple of hundred transistors