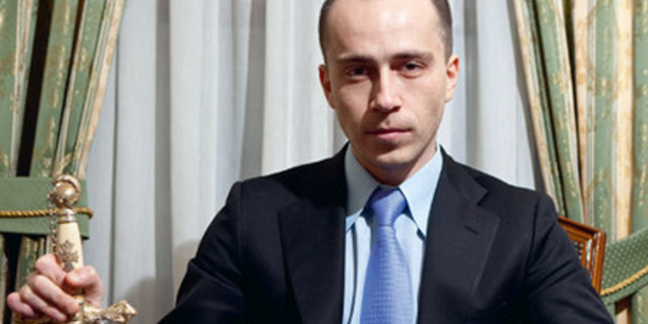 Russia has reportedly hired a man to develop its national payments system, days after the alleged mastermind of one of the country's biggest pharmacy spam networks was granted early parole.

The criminal allegations following Pavel Vrublevsky were prodigious but were largely denied or unconfirmed by the 35 year-old Moscow native.

His two-and-a-half year sentence handed down in August last year for hiring a distributed denial of service attack against a Russian airliner Aeroflot inflicting millions of dollars in damage was slashed to allow the payments guru to help deploy Russia's new National Payment System, according to journalist Irek Murtazin who has followed the case for national newspaper Novaya Gazeta.

The allegations Vrublevsky was employed to help develop Moscow's ground-up payments system were contained in Murtazin's blog post (Russian), claiming he was released on the back of a deal 'too good to refuse', according to unnamed sources close to the alleged agreement.

Prosecutors said at the time of his arrest Vrublevsky's payments provider Chronopay shelled out the equivalent of $US20,000 to have the Festi botnet attack rival firm Assist which prevented it from selling tickets.

He was appointed in 2008 to a key role in the anti-spam commission within Russia's Ministry of Communications after which the group targeted and shut down spamming outfit Spamit operated by former business partner Igor Gusev.

Much of Vrublevsky's business dealings and connections with cybercrime were covered by security journalist Brian Krebs who was set to publish a book detailing the online criminal underground. ®