Piketty thinks the 1% should cough up 80%. Discuss

Your guide to the Great Piketty Debate. Hint: 'Wealth' is relative

Worstall on Wednesday Piketty's Capital in the 21st Century has the economics world agog: be the first among your friends to really understand it.

Thomas Piketty's book, Capital in the 21st Century, has managed to top the Amazon bestseller lists as well as getting economists snarling at each other. It's the combination of these feats that is so surprising: economists don't snarl at each other over popular books like the new Jack Reacher... And, as a rule, the things that get economists excited aren't necessarily appreciated by the rest of us.

The essential message of the book is that capitalism is doomed (doomed I tell 'ee), unless we immediately have an 80 per cent top rate income tax and also a global wealth tax.

This does, of course, excite those who dream of soaking the rich. It also appals the running dog lackeys for the wealthy such as myself. As a result, there are claims and counterclaims about what he's got wrong and or right in his research. So far we've seen everything from the idea that his basic theory is wrong all the way through simple numerical errors (see the FT article here and Piketty's response here) to a claim that he's ignored the lifetime savings hypothesis. All of which would no doubt be very boring indeed for you guys to have me wade through.

So instead let me ask and then answer a technical question about whether this actually matters. The TL:DR answer is no, it doesn't, not to the degree that people seem to think it does. You will then be one up on the entire discussion going on: for no one is as yet making this point.

The basic idea is that if returns to capital grow faster than the economy as a whole, then the rich will get ever richer. Thus we will return to the sorts of levels of wealth inequality that we saw in the 19th century. This would be bad so we must stop it happening.

Leave aside all of the rest and just let us proceed from that point. We'll not worry whether his mechanisms add up or not. We'll not even worry about whether increased wealth inequality would be bad. We'll concentrate only on the idea that we'll get back to 19th century levels. And the truth is, when we think about it properly, is that there's not a hope in hell of this happening.

Why? We have a welfare state, whose aim and purpose is to make us all richer. And, despite the sort of calumnies that people like me occasionally heap upon it, it does just this.

The crucial point here is that we must distinguish between two different sorts of inequality – twice over, in fact. The first is between income and wealth and the other between market outcomes and consumption outcomes. Income inequality is rising, oh yes it is, and while the figures for wealth inequality are more confusing let's just assume that, given the way that we measure it, it is rising.

Have a look at this Swedish model

And now let's just add one jarring little fact: wealth inequality in Sweden is markedly higher than in the UK or US, but income inequality there is markedly lower. Consumption inequality is lower again. So there's clearly something going on that makes wealth inequality not all that important to how lives are actually lived. And if there's not much influence on the way that lives are lived then perhaps it's not all that important: and it's the existence of the welfare state that makes it so.

In grubby detail, the wealth that is unequally distributed is financial assets (shares and bonds), private pensions savings, private housing equity and then personal stuff (art, furniture, all that gubbins). And if we were looking at wealth inequality in the 19th century that's all there would be. 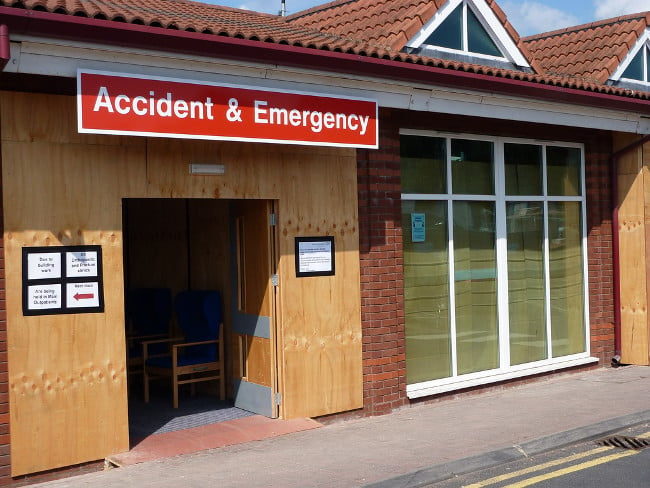 But now look at the early 21st century. We have free at the point-of-use healthcare paid for through a progressive taxation system. UK residents are safe in the knowledge that we'll get scraped up off the road after a car smash, or get treatment for some horrible cancer. OK, maybe not the best treatment in the world, but a more or less equitable treatment as compared with our neighbour, whatever our financial situation as to wealth or income.

Does that make us richer? If we have children, we do not need to save to educate them, the State provides free at the point-of-use lessons for all. That's a source of wealth, isn't it? Given the costs of private schools (say, 10k for a day school) that's actually £130,000 in wealth over the five to 18 years for each child.

We'd all agree that if you've £100k in equity in your two-bedder somewhere then you've £100k of wealth. But what if you've an inheritable tenancy at £5k a year below the market rent in social housing? You might have another 30 years to live in that place: is that £150k in "wealth" or not?

Next page: There's gold in that pension pot
Page: