Thwarting the NSA as a startup business model 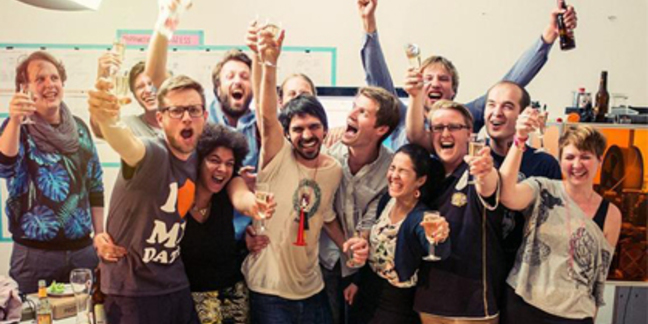 Cheers and laughter could be heard late last night through the walls of a small Hamburg office as staff celebrated an unlikely win; their punt to build a NSA-subverting server that encrypts everything a small business might do in the office had made bank with a record-breaking $US1 million in crowdfunding sourced in 89 mins.

The German startup darling Protonet is no beginner at the crowd funding game. In 2012, it scored funding to build what it dubbed the world's simplest server line dubbed Carla and Carlita.

Protonet blitzed the previous fundraising record of $1 million in four hours for a Kickstarter bid to shoot a Veronica Mars movie.

Maya was the third iteration of the orange boxes and functioned as a data-centre alternative for small teams, with 8Gb RAM and an Intel Celeron powering Protonet SOUL Linux.

It was a hit with the privacy-conscious Deutsche locals still smarting from Snowden revelations that the NSA's probes were firmly planted in the country, including phone taps on Chancellor Angela Merkel.

That probe has been launched after months of speculation with Chief Federal Prosecutor Harald Range concluding "sufficient factual evidence" existed.

Continued diplomatic fallouts from NSA spying along with a pending Snowden disclosure bombshell promised by journalist Glen Greenwald should continue to buoy the secure hardware and software startup market. ®