Our plucky Playmonaut has decided to take a long weekend off after a servo meltdown during a ground avionics test of our Vulture 2 spaceplane prompted a sharpish exit from the vehicle.

Here's the scene immediately after the scare, as emergency crews rushed in to cordon off the area, douse the offending kit with foam and gave our man a quick once-over: 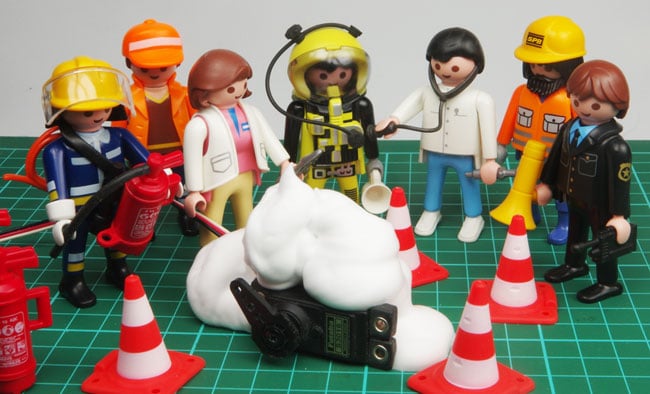 The servo in question... 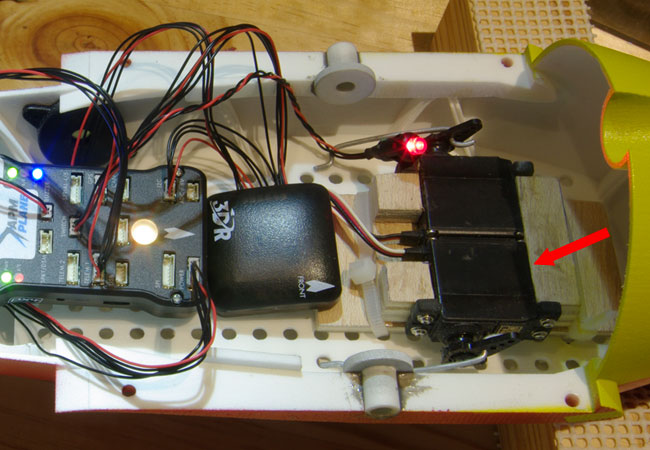 ...controls one of the canards (not attached in these photos), and its horn can just be seen here poking out behind the onboard Raspberry Pi: 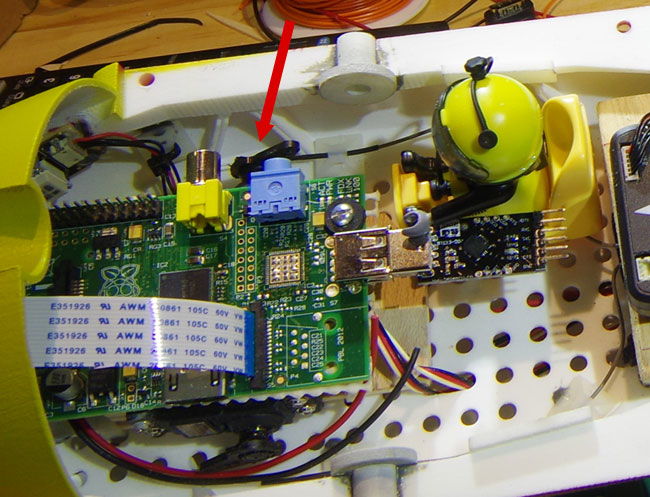 Well, we've been running the Pi, Pixhawk autopilot and other avionics bits and pieces (details here) for a while, without incident. However, when we decided to give some new canard servo linkages a run for their money, the starboard servo began to billow smoke, prompting an emergency evacuation.

Suffice it to say, while the servo's a write-off, the rest of the aircraft was undamaged. More importantly, our Playmonaut suffered nothing more than a nasty scare.

The poor bloke's really been through the mill in the course of the Low Orbit Helium Assisted Navigator (LOHAN) project. He bravely stepped into the shoes of our previous pilot - tragically lost at sea in December 2012 - and since then has suffered two terrifying stratodangles, one from 34,571m, and another from 23,000m, also involving a dramatic rescue from a Spanish mountainside.

So, we've given him some beer tokens and packed him off for a few days while we await a replacement servo and tackle what we think might have caused the meltdown. For reference, here's an annotated snap of the Vulture 2's bulging electronics package:

Both the Pixhawk and the servos are powered from same rack of AA batteries, via the 3D Robotics power supply module. This has a dedicated output for the Pixhawk, and a secondary which we've hooked up to the autopilot's servo rail.

It's possible that a power module glitch served up excess volts to the servo rail. Just in case, we've swapped the unit out. APM:Plane and APM:Rover lead developer Andrew Tridgell had already suggested we might need a Zener clamping diode on the rail, so we've ordered one of those just in case.

We'll report back shortly on the result, just as soon as we've wrapped the final attachment of the canards, which is what we were doing when the cabin filled with smoke. ®