IPv4 addresses now EXHAUSTED in Latin America and the Caribbean 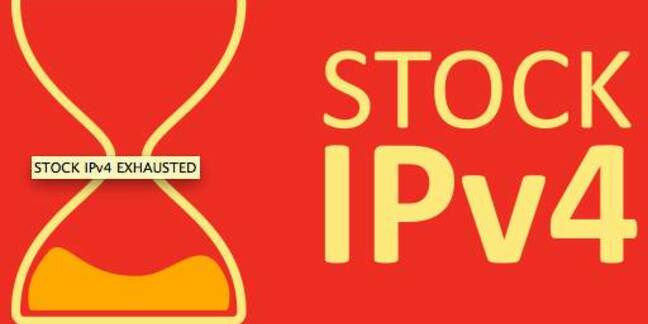 The allocation of internet addresses using the IPv4 protocol in Latin America and the Caribbean has hit a critical stage, the region's registry (LACNIC) warned on Tuesday.

It said that its IPv4 address pool had been "officially exhausted" and urged businesses and governments in the geographical area – which spreads from the Bahamas all the way down to the bottom of Chile – to act swiftly and adopt IPv6 without any further delay.

Like the rest of the world, operators based in Latin America and the Caribbean have been sluggish to respond to the depletion of IPv4 stock.

But attitudes might have to change in the region, after LACNIC said the pool of available IPv4 addresses had reached just under the 4.2 million (/10) mark. That number has triggered tighter control of internet resource assignment policies for the entire continent, added the registry, which has assigned more than 182 million IPv4 addresses since it was established in 2002.

To illustrate the urgency, that's a burn rate of roughly 15 million IPv4 addresses being divvied out each year. But then, operators shy of adopting IPv6 are only too aware that there is network address translation (NAT) that can be employed on the aged infrastructure.

"This is an historic event; the fact that it was anticipated and announced doesn't make it any less significant," said LACNIC chief Raúl Echeberría.

"From now on, LACNIC and its National Registries will only be able to assign very small numbers of IPv4 addresses, and these will not be enough to satisfy our region's needs."

The registry said that a little over 2 million addresses of the remaining IPv4 stock would be assigned in blocks of limited sizes comprising between 256 and 1,024 IP addresses. LACNIC added that companies and organisations "may only request additional resources six months after receiving a prior assignment".

Once those addresses have been assigned, existing LACNIC members will be frozen out of any further IPv4 allocations with the final two million IP addresses being reserved for newbies, the registry warned. ®

We are absolutely, definitively, completely and utterly out of IPv4 addresses, warns RIPE

Analysis So will you all please move to IPv6? World: Nope.

When the bottom line gets bashed, priorities change