Thinking outside the static hot box

NPL has been testing heat transfer through materials since the 1970s and structures since the 1980s, but this rotating box was finished in 2002.

Ray Williams, principal research scientist in the materials processing and performance group, tells us the purpose of this rig is get a grip on the energy efficiencies of different building materials - hence all those bricks lined up waiting for testing. It’s designed to put some solid numbers behind claims by the construction sector on the energy efficiency of buildings and support the Government’s green deal.

“Every wall, roof and floor in the country has been calculated,” Williams tells us, meaning the heat-leaking properties of walls and roofs in the UK have been arrived at using the different mathematical formula. Not in the hot box. “We measure the difference... we want to get the actual value of a brick wall.” 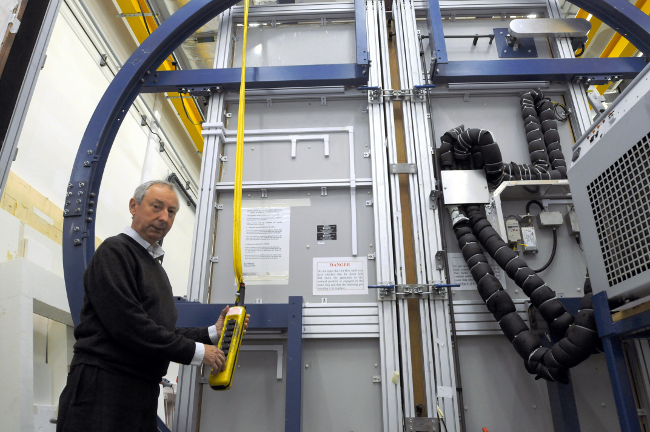 How does this hot box work? It contains two chambers, whose temperatures can range from 22°C to a nippy –10°C. Materials are placed in the centre and measurements taken of the direction and rate of energy flow.

The hot box contains more than 140 sensors to log 250 channels of data every two hours on air temperature, airflow rates, fan power, transfer coefficient and thermal transmittance, as well as conductance and resistance. Data is logged using a program written by NPL that calculates all the parameters and measures thermal equilibrium. Data is stored in a text file and recalculated using an Excel spreadsheet.

It can take up to three days just for the materials to reach a state of equilibrium – where they’d stopped absorbing energy as heat for tests to start. Some tests have taken up to three weeks to conduct – as in the case of insulated concrete.

Our tour finishes where so much of this began, in 1875 – with the kilogram. We're standing in a lab full of waist-high work benches that is spotlessly clean and seems impossibly bright. I find myself blinking. There are weights and measures everywhere, lined up in neat rows in wooden trays and under the cover of glass or perspex. We are here to see kilogram mass No 18 and its possible replacement, a silicon sphere.

Scientific researcher Stuart Davidson holds them in purple gloved hands in this exceptionally clean environment. The gloves are designed to keep them free of contaminating fingerprints that might inadvertently alter their mass and thereby change the official mass as we know and use it. 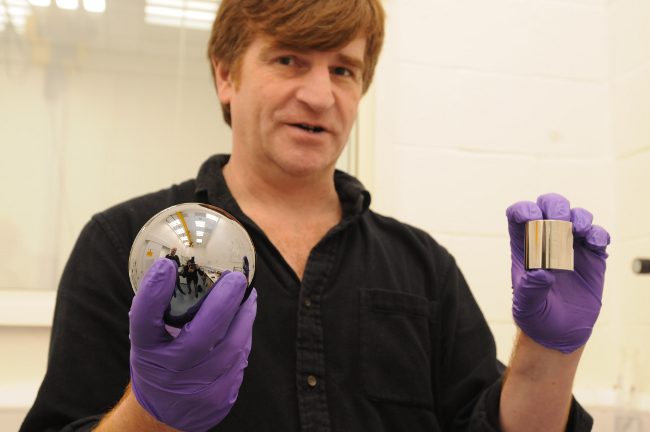 The kilogram was one of the two first base units to be defined along with the metre - created following the signing of the Convention du Mètre (Treaty of the Metre) and formation of the Bureau of Weights and Measures (BIPM) in 1875.

The treaty was the result of years of pushing by France for an internationally recognised system of weights and measures - it had advocated this since the 1789 revolution. Pre-revolutionary France had had a system of 250,000 weights and measures that varied between villages, towns, cities and regions. It was chaotic and crippling for the economy. Britain had an archaic system, too, dating back to Roman times. Britain eventually signed up to the Convention in 1884 with the help of the Royal Society.

The second, kelvin, ampere, candela and mole were ratified as standards in 1889. Over the years they've all been become atomic standards similar to the metre (wavelength) and have been rebranded as SI standards. Only the kilogram is holding out – the last to still be officially measured using a physical object. It's that mass that squats under glass at the BIPM outside. It has held out despite decades of work to convert it into a atomic equation.

NPL worked on a Watt Balance to express the kilogram as electrical current that plays on mass, voltage and movement. That work has moved to Canada and is still on going with NIST also working on its own, separate Watt Balance. 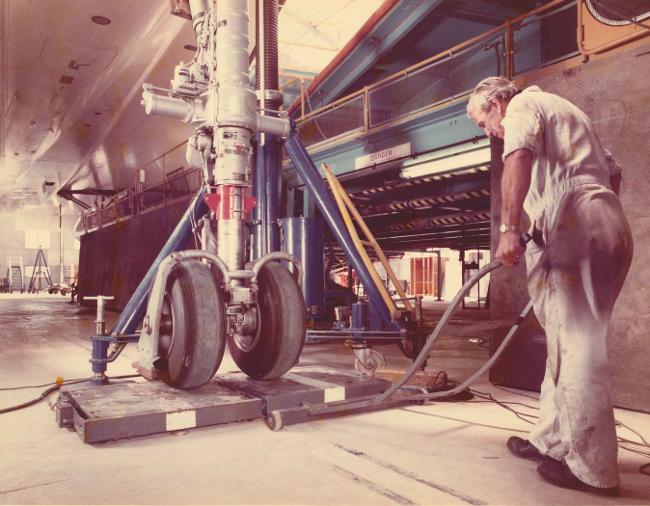 How do you weigh a Concorde? Using carefully calibrated scales... Photo courtesy of NPL

Work on the Avogadro Constant, meanwhile, is scheduled to finish next year.

Look out for the next open day. This being a working facility and not generally open to the public, there’s no café you can pop into for refreshments. No shop either. You can, though, walk into Teddington, which has plenty of restaurants and cafes – and shopping. A little further afield, but still close, is Kingston-upon-Thames. Should you chose to linger, there is a hotel – a Travelodge – next to the station, and you could pack NPL in with a family trip to Bushy Park or Hampton Court, too.

Whether you're chewing on your lunch or riding the train out after, marvel and be thankful for NPL. Its men and women are sweating the small stuff so you don't have to. ®

By train: Between 30-40 minutes from London Waterloo to Teddington, then a short walk or even shorter bus ride - 285 or R68 to Hampton Hill.

By car: the A313 north of Kingston-upon-Thames