Tech companies are raising their game (and pants) post-Snowden

Is everything fatally borked? Not quite, say security godheads

Google won't change its business model and neither will the NSA

"The problem isn't that we know the NSA is doing these things,” added privacy expert Bruce Schneier. “The real problem is that we don't know what else the NSA is doing. Internet companies - hardware, software, service - simply cannot be trusted anymore."

A month later and more leaks exposed Project MUSCULAR, whereby the NSA augmented the data it was already collecting via the PRISM program with information obtained by tapping the interconnects between data centers run by Yahoo!, Google, Microsoft, and others – news which provoked a stream of profanities from the Chocolate Factory's engineers.

Chris Soghoian, principal technologist at the American Civil Liberties Union and a noted privacy researcher and activist, told The Register that the rogue sysadmin's actions had proved a catalyst for change.

"Now, it's my understanding that in the wake of the Snowden disclosures, that security teams have been given pretty much a blank check and can spend whatever they want to spend to protect the link between the user and the company."

However, Soghoian pointed out that this is only half of the solution. Google and others pay for "free" email systems by trawling through the data consumers give them and selling advertising based around that. That business model isn’t going to change any time soon, he warned, but as long as it's in place “the NSA will try to subvert it". 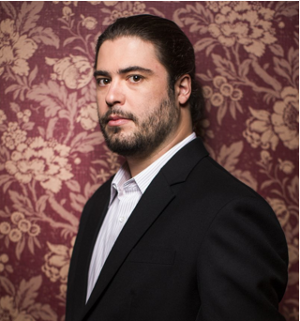 Soghoian: security folks can, and are, making things better

Snowden hasn’t given many interviews since going on the run, but one of the messages he has consistently put out is that good encryption is still safe from the prying eyes of the NSA. Yet even that isn’t a perfect solution.

In December 2013, a report from Reuters claimed that the NSA had deliberately weakened the Dual Elliptic Curve Deterministic Random Bit Generator (Dual EC DRBG) that had been signed off by the National Institute of Standards and Technology, and had allegedly paid securo-firm RSA a $10m contract to add the system into its security products.

RSA has consistently denied that it accepted any money to include a weakened security protocol, but that didn’t stop some key members of the security community from boycotting the security company's annual show this year and setting up a rival TrustyCon get-together.

The row has led some to declare that common encryption standards are likely to be subverted and that the peer-review systems used to check out technology are broken, but in fact the reverse is true, Bruce Schneier says.

"The encryption vetting process is working fine. AES and SHA-3 are both stellar examples of a public process to choose a new encryption standard. I trust them both, and will continue to trust them," he said.

There is still a lot of secure software out there that will lock down computer communications. While Snowden's leaks have done a lot of damage to the computer security industry, that damage isn’t fatal by any means and may actually have been helpful in encouraging people in the industry to smarten up their practices and provide what privacy they can.

"There are a lot of people in the security industry who are taking a fresh look at the security technology we use and asking 'can we make this better?'," Soghoian said.

"In most cases the answer is 'yes'. The goal here isn’t to keep the NSA out, because realistically they will find a way in if they really care about you. The goal is to raise the cost so that bulk surveillance becomes impossible. If the NSA really cares about you they will show up, break into your house and install malware on your laptop.”

Go with the industry standard, though, and you're a sitting duck. “The default crypto used by everyone will not blind bulk surveillance," Soghoian said. ®