DINOSAUR BLOOD: JUST RIGHT, as Goldilocks might say, if drinking it

Not too hot, not too cold. Yum 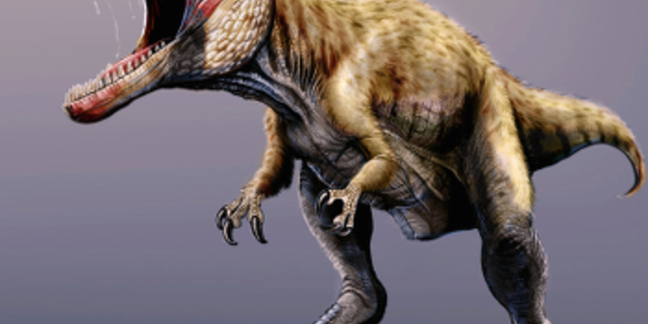 It's one of the mysteries of the ages: what temperature was dinosaur blood? Some studies seemed to show the physiology of warm blood, others cold. Now, research led by the University of New Mexico suggests they fell neatly in the middle.

Led by PhD student and lead author John Grady, the researchers decided to take a fresh look at what's known about dinosaur growth rates, which comes from analysis of fossil bones. However, they note, prior studies have been “constrained by a lack of data and an appropriate energetic framework”.

To get over this, Grady's team built a data model based both on living and extinct vertebrates including dinosaurs, and as they say in their abstract, “we find that growth and metabolic rates follow theoretical predictions across [all major dinosaur] clades”.

Taking into account the effects of size and temperature, the researchers reckon dinos fell between endotherms (warm-blooded) and ectotherms (cold-blooded).

That notion also provides an insight into dinosaurs' metabolic rate, as Grady explained to the BBC: “If I were eating sandwiches all day... I might have to eat five,” he told the Beeb, “But a reptile [my size] can eat maybe a couple of sandwiches in a whole week.”

If Grady's team's conclusions are right, it would place dinosaurs in a small category: among living creatures the best-known animal with a similar metabolic profile is the Great White Shark. ®