War, peace and paranoia in modern US

Edward Snowden anniversary week You might think the dragnet surveillance tactics employed by the National Security Agency (NSA) detailed by inside man Edward Snowden were born in the aftermath of Osama Bin Laden's attacks on 11 September, 2001, which resulted in the deaths of nearly 3,000 people as well as the destruction of the twin towers of the World Trade Center in New York City and part of the Pentagon in Virginia. You'd be wrong.

The roots of today's surveillance state lie in an early 20th century conflict, not the destruction of two supposed symbols of American power in the 21st.

According to US military and intelligence historian Lon Strauss, mass surveillance in the US dates from America's entry to World War I. This was a conflict famed for its grinding trench warfare, not intel-driven tactical strikes.

Strauss, visiting assistant professor at Appalachian State University, has written and lectured widely on the subject of US intelligence and surveillance during that conflict and is now producing a book provisionally titled Uncle Sam is Watching: Surveillance of Civilians in the First World War. He took time out from writing to chat to The Reg.

Specifically, according to Strauss at least, it was the passing of US Espionage Act of 1917 that started everything. This piece of legislation laid the foundation for other laws regarding intelligence practices in what became the broad reach of the federal government - including the White House.

US Congress passed the Espionage Act two months after declaring war on Germany, with the intent of curbing dissent mainly from socialists and pacifists - groups deemed either “un-American” or seen as German sympathisers. 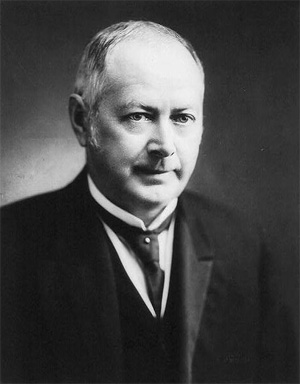 The types of surveillance introduced were not necessarily new in and of themselves, but what was different was their "application on such a large scale by a government agency", Strauss told El Reg.

The United States, like other nations, had industrialised the way it waged military war, and now it was industrialising the way it fought the intelligence war.

Post Master General Albert S. Burleson used the Post Office as a gatekeeper for censorship. They read Americans' mail and Burleson took the liberty of determining whether literature, publications, and more would be considered mailable. Once, he pulled a copy of a weekly, bi-weekly, or monthly newspaper, newsletter, etc., he could then legally stop mailing them entirely under the regulations concerning such publications.

In this manner, he stopped publications that he considered either pro-German, too socialist, or too pacifist. The Justice Department took the un-mailable status of such literature as part of, or even the core of, their justification for prosecutions against individuals and entities involved. Regardless, Post Office personnel were reading individual and organizational mail and keeping a file.

While Post Office personnel were reading mail, military personnel were breaking into offices and rifling through files. Tapping phone conversation was another approach, and one that was relatively easy at the time. Other tactics included planting agents in the place of work of "suspect organisations" - an approach previously applied against organised labour organisations, Strauss explained.

Military Intelligence agents, along with their civil counter-parts in the Bureau of Investigation, broke into offices at night in clandestine operations, such as against the National Civil Liberties Bureau (NCLB). In one instance, they took information that the NCLB had recently lost their press secretary to put an MID agent undercover by applying the next day for the position.

Military personnel, in uniform, acted on a civil warrant to search the business offices and private residences of International Bible Student's Association in Brooklyn, NY. Military agents tailed and kept unsuspecting citizens under watch as they compiled evidence against them because the military thought them "too" pacifist or socialist for example, and thus might hamper the war effort or negatively influence draft-age men - the Espionage Act of 1917 forbade this.

Since the late 19th Century, it was common practice for private detective agencies and businesses to put men or women undercover among the workers to gauge and undermine their efforts at collective bargaining or outright unionizing. The intelligence agencies of the First World War adopted similar policies. It was common knowledge that a government agents were likely to be in attendance at public or even less intimate private meetings. Speakers at these meetings would often allude to this fact.

Wiretapping was often prevalent, since listening in at switchboards was much easier during this period.

All this surveillance created a wealth of intelligence and the problem became sorting the wheat from the chaff, an issue that has parallels with modern intelligence programmes.

What was most problematic was cutting through the noise of intelligence gathering to locate real threats. Since there wasn't much time to prepare for American entrance and the intelligence community had to hit the road running while expanding exponentially, they relied on their instincts and political/social/cultural compasses.

Intelligence agents, such as the MID, did the same by breaking into offices without warrants or legal justification beyond their belief that an individual or organization did not meet their definition of patriotic American, etc.

For the United States, the war ended fairly quickly, in 1918, and the military passed along intelligence responsibility to a civilian agency - the Bureau of Investigation, which later became the Federal Bureau of Investigation (FBI). The problem was events had happened so quickly that no real thought had been given to how to manage the espionage state that WWI had created.

Nobody had created a framework for agencies to work within and in the decades since, the issue of how far government should go with surveillance in the interest of national security has persisted. This has included scaling back after the Watergate Scandal and then ramping up again after 9/11 attacks, with George W Bush's “War on Terror” spurring the creation of legislation such as the PATRIOT Act and practices detailed by Snowden.

“Those seeds were put in the soil [during WWI], and they grew,” Strauss said. “We’re still questioning: What is the happy medium between this kind of surveillance and our civil liberties during a crisis?”

Next page: Outrage and... shrugs
Page:
Tips and corrections
78 Comments

Kepler may be dead but its data keeps on giving, thanks to AI: Two alien worlds found in archives

Yup: LKML.org and all its records of the planet's most-used OS were on one disk