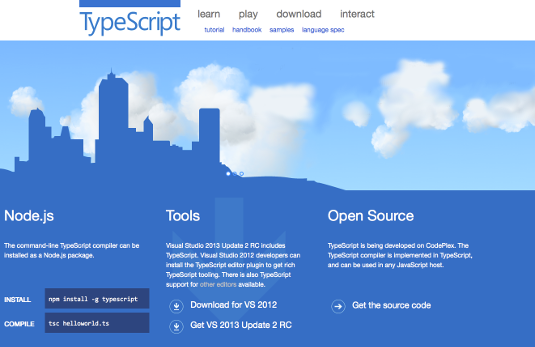 Open-source Roslyn was not the only language news at Build. Microsoft also announced the full release of TypeScript 1.0, a strongly typed language that generates JavaScript. There is also a project called .NET Native, which compiles .NET to native code without any dependency on the CLR, though it currently only works for 64-bit Windows Store apps.

Hejlsberg says that .NET Native will not necessarily speed up your code, but will improve start-up times. Currently, a just-in-time (JIT) compiler means that .NET code is already compiled.

“The JIT actually does a fine, dandy job. It’s not that different. The primary benefit we see is dramatically reduced start-up time. You have to do less I/O and less computation before the code runs,” says the C# boss.

This is why .NET Native is focused initially on client apps. “In a client setting, you run an app and then you tear it down, [then] you run another and tear it down, so there’s more benefit because people notice start-up time.”

As for TypeScript, it was created to make it easier to build large JavaScript applications – not least because Microsoft itself is writing huge amounts of web application code – as well as using JavaScript for Windows Store apps. “There are parts of Azure which use it, and Visual Studio online, and TFS (Team Foundation Server).

Has all the work on TypeScript diluted Microsoft’s focus on .NET, giving developers difficult choices over which language to use? “You can rest assured that we see three distinct developer ecosystems that we are going to continue to invest in. There is native with C++, there is C# and XAML, and there is TypeScript, JavaScript and HTML. No one is going to win over all of the others. We are committed to moving all of them forward,” Hejlsberg says.

You can find the Roslyn code on Microsoft’s CodePlex site here. ®