The rise of the humans: How to outsmart the digital deluge

How many times did you check your phone while reading this?

A few days ago, I heard an interesting keynote speech. The speaker was Dave Coplin, who in times past could have been called an anthropologist. Dave’s job title is in fact "chief envisioning officer" at Microsoft UK.

The speech took place at Business Transformed, a summit run by Microsoft in London in June on Windows Phone 8.1 and enterprise mobility.

The subject intrigued me enough to prompt a download of his book, The Rise of the Humans: How to Outsmart the Digital Deluge.

You would have thought that a book by Microsoft UK's chief envisioning officer would be mainly about technology. But it isn’t. The Rise of the Humans is much more about people and how they work, putting that in the context of technology.

Along the way Coplin takes an AK-47 to some of Microsoft's sacred cows. He talks about how “toast” – the Microsoft word for the little messages that pop up in the right-hand corner of your screen when you get a mail – is counter-productive. He cites a study where people cut off from email were shown to be more effective.

In particular he rails against what he calls the myth of multitasking; in his view it is far more efficient not to multitask. Maybe no one needs multitasking, just task switching.

Coplin quotes a Microsoft research finding that coders who were momentarily distracted took 23 minutes to get back to proper work. A little way into the book he asks how many times you have checked your phone or email since starting to read it. The answer is bound to be embarrassing. 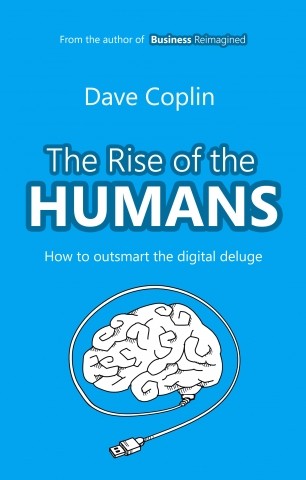 Coplin is both smart and engaging, as you will find if you look him up on YouTube. His book is a bit like a Letts Study Guide, condensing lots of references about how technology affects working life into an easy-to-read form.

No need to pore over white papers and research documents: Coplin’s 130-odd pages will leave you fantastically well read.

Sometimes you start to suspect that he finds technology distracting because he is easily distracted himself – at one point, for instance, he goes off at a tangent about the history of the word “serendipity”, citing many examples to illustrate his point.

There is a style of writing where you add colour by being specific rather than generic. Coplin employs this a great deal, telling us, for example, not only that he read comics as a boy but supplying us with anecdotal detail about 2000 AD and his worries about what Judge Dredd was up to in Mega-City One.

This is a great counterpoint to his major beef: how to cope with the deluge of data that washes over us and sort out what is relevant.

He points out there is no need to check if you have new email: you have. Everyone always has new mail waiting. No one complains about not getting enough email.

The Rise of the Humans is rather like one of those airport paperbacks on Ten Characteristics of the World’s Top CEOs. Reading those you often pause and wonder “why didn’t I think of that before?”.

Sometimes the author's analogies become strained. Coplin talks about “snacking and bingeing” on data and the mention of “empty calories” make you start to think more about the analogy than about the facts.

Companies need to understand consumers without being creepy

Particularly if you are reading it while you are hungry. I came to that part of the book when I was on the tube on the way home from my job at The Register and had some lamb slow roasting at home. This was distracting. It is a style which is engaging and adds colour to the story but in which the data calories are empty.

Coplin goes on to look at how companies need to understand consumers without being creepy. He points out that Amazon-style recommendations, such as “people who bought that also bought this”, in effect advising you to buy more of things you have already so don’t need to buy again, can be crude.

The first five chapters set up the problems and the last three point to the solutions. Except the book doesn’t give solutions, it gives a way of thinking. I kept waiting for the drop, for the bit where he started to talk about specific Microsoft products and how they solved the problem, but Coplin is not selling Microsoft products. He talks about machine learning but doesn’t plug the company's natural language translation which uses it. 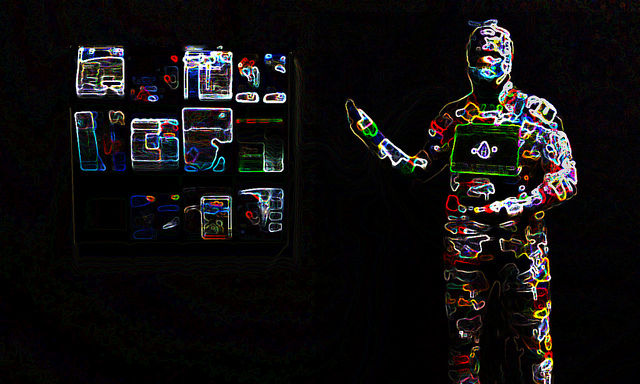 Computers vs Humans: The Race is on.
Credit: Keoni Cabral, licensed under Creative Commons Attribution 2.0 Generic

This is a book that considers business and how people – customers and employees – are what matter. It might have been commissioned by Microsoft but Coplin is not afraid to credit Google's Eric Schmidt with the quote: “The race is on between computers and people and the people need to win the fight.”

This is perfect holiday reading for people who think they should look as though they are working.

It costs £7 on Amazon and the Kindle version is free.®