As everyone already knew because of Facebook's blunder, the standalone Slingshot app allows you to share photos and videos that delete themselves after a few moments – much like you can do with Snapchat, which rebuffed Facebook's $3bn buyout offer last November.

The main difference between Slingshot and Snapchat is that Slingshot requires users to share photos of their own before they can view the ones you send them, a twist that Facebook says makes the service more social.

"We've enjoyed using Snapchat to send each other ephemeral messages and expect there to be a variety of apps that explore this new way of sharing," Facebook's Slingshot team said in a blog post. "With Slingshot, we saw an opportunity to create something new and different: a space where you can share everyday moments with lots of people at once." 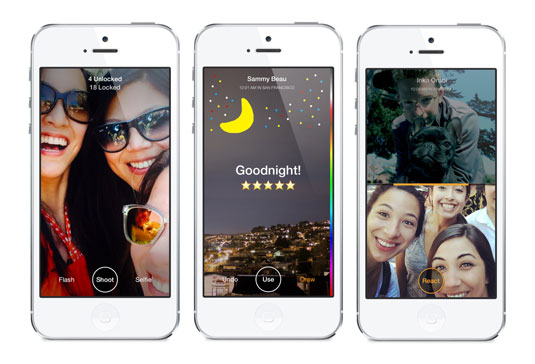 Uh huh. We're sure this is what you'll be using it for

What's more, if you think the standard pictures of your naughty bits might be getting boring, Slingshot allows you to dress them up with color and text, should you happen to come up with something particularly pithy by way of comment.

The new app is the product of Facebook's Creative Labs division, an internal effort aimed at producing new products that might not necessarily be aligned with the social network's core business.

The only other project to come out of the division so far is Paper, an app that offers a rethought UI for Facebook's news feed.

While Paper remains an iOS exclusive, however, Slingshot is available beginning on Tuesday from Apple's App Store for iOS 7 and up, and from Google Play for Android 4.1 "Jelly Bean" and up. ®