Imaging effects for all – Adobe Creative SDK, anyone?

Focus Mask determines the sharp objects in an image from the areas that are out of focus – typically a background – and offers a swift way to make changes to either layer. 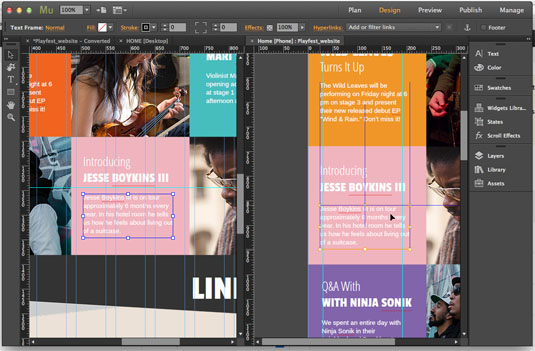 Adobe Muse, the stylish website design app that uses familiar tools but doesn’t require coding skills, gets a makeover and does away with its reliance on Adobe Air. It now becomes a 64-bit app in its own right and has HiDPI (Retina-style) display support. For more hard core web authors, Dreamweaver includes Element Quick View which allows swift navigation and modification of the HTML structure of documents.

Enabling the workflow to move across devices is where Adobe Creative Cloud 2014 focuses its efforts, with free apps that interact with the photographic or design package you’ve signed up for. Emphasising that a mobile app is “not a toy but a tool” we were shown how more precise work can take place on an iPad using hardware made in collaboration with Adonit. 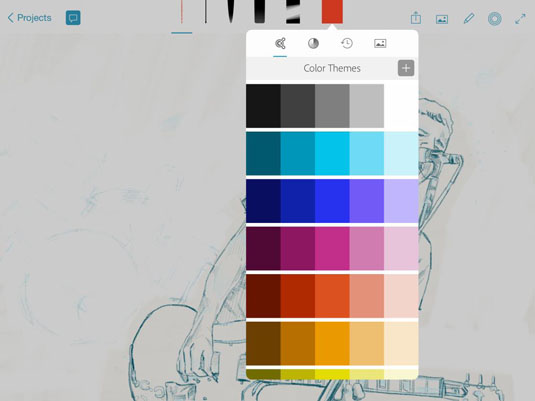 The apps that know you: colour swatches and access to other Creative Cloud files from an iPad on Sketch

Ink and Slide are the two new stylus and ruler tools, previously known as Projects Mighty and Napoleon. Names chosen because the pen is mightier than the sword, and the Slide tool was known as Napoleon because the emperor was a short ruler. Ho-ho. The Ink pen, when used with the new Sketch app, can introduce more realism to tablet drawing with a host of professional features combined with ease of use.

Those working on the Sketch app can receive Behance feedback directly from the drawing app. Behance is Adobe’s online creative community that provides a platform for users to showcase their portfolios and to collaborate with other users to receive feedback over work in progress. 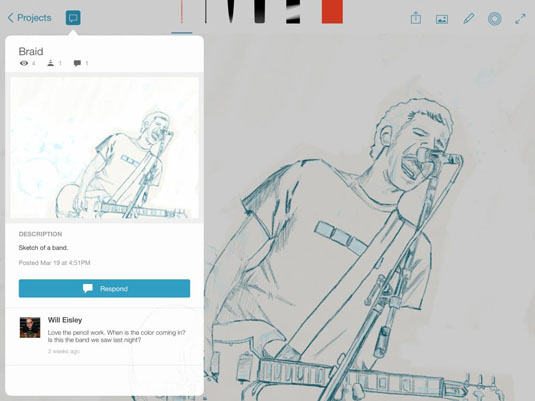 Instant feedback via Behance from the Sketch iPad app

While Sketch is more organic and flowing in its palette of artistic stylisations, Line is an app for precision work which is made easier still as the Ink pen has a relatively fine PixelPoint technology tip compared to the large, bulbous soft tips found on most pens used for tablet drawing.

Using Ink and Slide on the iPad with the Line app enables straight lines, French curves and perfect shapes to be drawn together with access to a library of templates. Content created on Sketch and Line ends up as stored with your Creative Cloud files, enabling integration with ongoing work on mobile apps and the desktop users. 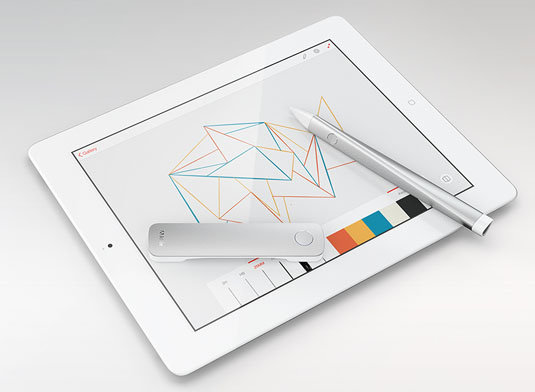 Open to all: Adobe's Creative SDK provides integration with its new hardware

Ink and Slide are sold as a set for $199 from 18 June in the US, with other regions to follow later in the year. A bit pricey and a pity that Adobe's ownership model of renting software doesn't extend to hardware. Available for free, Sketch and Line apps can be used with without the drawing hardware. Currently the hardware and software combo is for iPad only.

The Adobe Creative SDK is to be made available publicly so that third parties can devise their own implementations of features including Ink and Slide, Creative Cloud and effects from Photoshop Mix. More details will be released in October, but we’re told there are already partners involved.

Sleep is for wimps: "The customer expects the creative to be always available, always online" says Deuchler