Sun only shines on Ecuadorian TV for the WikiLeaks One 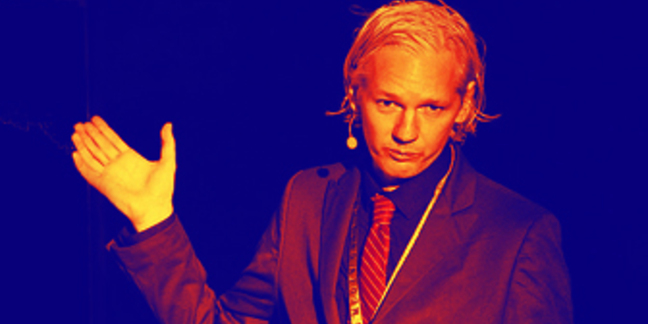 Julian Assange™ is attempting to break out of the Ecuadorian Embassy in London, where he has been encamped for two years.

His lawyers plan to file a request with the Stockholm District Court in Sweden, where Assange is wanted for questioning over allegations of sexual coercion, sexual molestation and rape.

The WikiLeaker-in-chief has always denied any accusations of wrongdoing, and has said that he fears being extradited to the US via Sweden. The Australia-born computer hacker claims that the Scandinavian country will despatch him to the United States, where he will be persecuted for leaking thousands of American and British diplomatic cables.

According to the WikiLeaks Twitter account - which is understood to be run by Assange - lawyers defending the 42-year-old plan to submit a filing to Stockholm's court on 24 June to ask Sweden to remove the detention decision because "new information" has apparently come to light.

Assange has been living in Ecuador's embassy in Knightsbridge, London, since 19 June 2012, when his bizarre plea for shelter from Swedish authorities first begun.

The dash for freedom, er, four walls meant that he had broken one of the conditions of his UK bail terms - a 10pm to 8am curfew which had been in force since his arrest in December 2010.

His campaign has become something of a cause célèbre, with claims from Assange's supporters that any extradition to Sweden from the UK would throw him into the not-so-loving handcuffs of US feds.

Meanwhile, in an effort to gain more UK fans, WikiLeaks claimed that the British government's "physical encirclement" of Assange has cost more than £6.3m in taxpayer money to date. ®