Mobe battery flat? These ELECTRIC PANTS will pump things up

Is that an inductive charger in your trousers or are you just pleased to see me?

MicroNokia's ongoing efforts to convince world+dog that inductive charging is a very good idea has just taken important strides with the release of a pair of electric pants.

The product of British designer A. Sauvage, the pants are said to have “used the technology from the new Nokia DC-50 wireless charging plate”, a new inductive charging gewgaw that appears to combine a battery and a Qi charger. The presence of the rechargeable battery means one can schlep an inductive charger around instead of having to find one tethered to the mains. 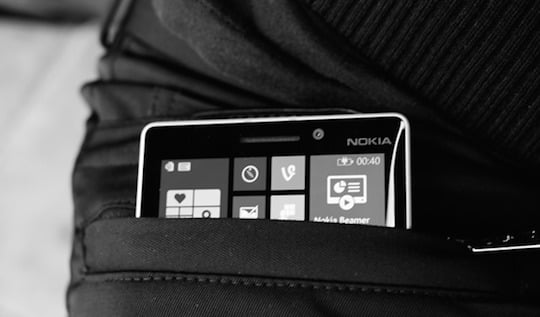 Put a healthy glow in your groin with MicroNokia's inductive pants

NokiaSoft says the pants are no mere fig leaf: it will soon be possible to order the garments on Amazon.

There's no word on colour, but we do hope they're sold in “electric blue”. ®

Brits may still be struck by Lightning, but EU lawmakers vote for bloc-wide common charging rules