On June 20, 1994, Apple launched eWorld. The ambitious project sought to link Mac owners into an online community, connecting with one another and the Cupertinian mothership.

Less than two years later, the project was dead. Customers were handed over to America Online and the plug was pulled at midnight on March 31, 1996.

In the meantime, eWorld underwent a tumultuous journey, endearing itself with a handful of loyal users, and according to Peter Friedman, the man who headed the project, influencing subsequent generations of online services and companies.

Friedman served as director and general manager of eWorld over its lifespan. These days he heads up LiveWorld, a social media and content management firm started in the aftermath of eWorld's demise.

He talked with The Reg about the project he headed up, how it influenced the internet boom of the 1990s, and why it ended up being scrapped during a transitional period at Apple that would nearly result in the demise of the company.

"As with everything Apple, it's an emotional experience and everyone has their own perspective," he cautioned.

"We Apple-ites have our own version of history." 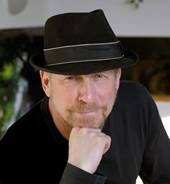 Friedman's version dates back to the mid 1980s when Apple still had the Mac pegged as a business machine and the Apple II as the consumer option. At the time, the company's AppleLink proto–social network platform formed a loose community enabling dealers and support centers to connect back to Cupertino.

As this unintended social platform grew, the company began to toy with the idea of transitioning AppleLink into a consumer service. By the early 1990s, John Sculley was looking to diversify Apple's business, and the concept of a branded online service gained traction.

It was at this point, said Friedman, that a pair of fateful deals were made. One was the acquisition of a datacenter facility in the Bay Area from Citi Group, which the banking giant no longer needed thanks to industry consolidation. The second was a deal with the former AppleLink partner and struggling service provider, America Online. Apple provided a cash infusion, and AOL helped build the backbone of the new service.

"We decided what we were going to do is license someone's technology, modify it to be what we want, bundle it in the Macs, build a business and create a cash flow to let us do what we want to do, which is an object-oriented peer-to-peer system based on Unix," Friedman explained.

While the eWorld service in many ways resembled other walled-garden services of the day such as AOL, Prodigy, and Compuserve, the interface itself was distinctively Apple. A design team headed up by Cleo Huggins (whom Friedman also credits with the eWorld name) crafted a unique layout for the service. 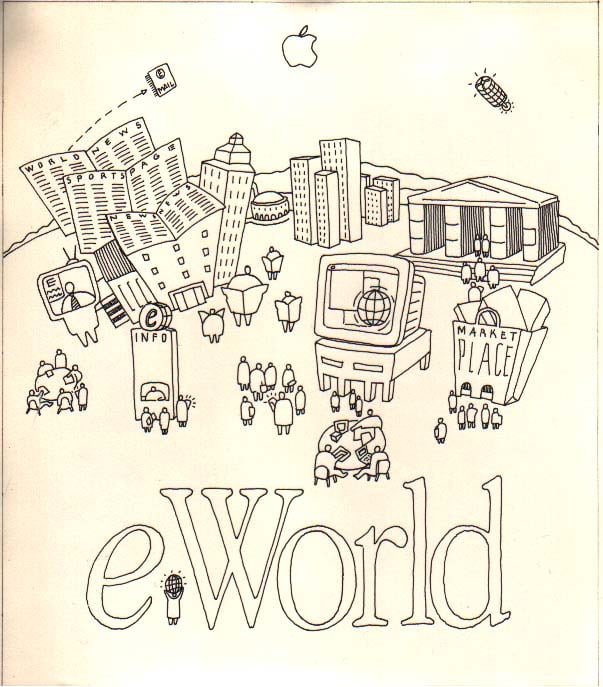 eWorld took the "online community" metaphor to the extreme. The service itself was laid out as a small town, including a news center, email center, and community center where users could connect with each other.

For news and entertainment content, the company tapped directly into the feeds of news services and publications, making eWorld an early news aggregator at a time when most users were still relying on their tightly controlled walled gardens.

As with other services of the day, however, eWorld was not designed for the type of laissez-faire, unbridled internet we enjoy today: it cost a hefty $8.95 for two hours of off-peak (evenings and weekends) access. Dialing up a third hour (or using the service between 9 and 5) would carry with it a charge of $4.95. Web browsing support was not added until 1995.

The plan for the service, said Friedman, was to eventually expand the service from exclusively Mac to Windows, and make a play for the larger ISP market.

That plan, however, would never come to fruition. eWorld would be dead before its second birthday.

Friedman blames a number of factors for the fall of eWorld. First and foremost, the service was never able to fully integrate itself into the Mac's operating system, since AOL had talked Apple into bundling its service alongside AOL on Macs. In addition, the company further lost leverage with the mishandling of the Newtonmail service. Marketing support for eWorld fell short, and the service was never able to rise above 147,000 users.

When the service was shuttered in 1996, The New York Times noted that AOL's monthly signups surpassed eWorld's entire install base.

Even without questionable management decisions, eWorld may have been doomed from the start. Apple was going through a crisis at the time, when CEO Michael Spindler left and his replacement Gil Amelio killed off the eWorld unit along with a number of other projects. Apple's lineup was further culled when Steve Jobs returned a year later in a boardroom coup.

Still, Friedman holds out that under the right circumstances, eWorld could have thrived.

"The machinations of Apple still would have closed it down probably, but maybe not," he said. "We would have had to have enough moment and energy to overcome the general restructures."

While AOL would become the dominant ISP over the course of the decade, the end of internet "walled garden" services and dial-up connections ultimately doomed that company. The same fate likely would have befallen eWorld, had it caught on.

With the end of the service, the Apple eWorld team would go on to other projects. Friedman took some members of the unit with him to launch the LiveWorld and Talk City brands, while others would join the likes of Yahoo and Netscape.

These days, eWorld is a footnote in Apple's history, but fondly remembered by those who did use it. Rob LeFevbre of Cult of Mac< chronicled an extensive history of the platform last year, and the German-built Welcome to eWorld site offers a Flash-based recreation of the service running nostalgically on Mac OS 7.

eWorld may never have set the market ablaze, but 20 years after its launch, the service is more fondly remembered than many of its more popular peers. ®