Microsoft has pitched its Surface Pro 3 as a "tablet that can replace your laptop." That is unless, it seems, you want to repair or upgrade your laptop.

Teardown specialists iFixit have posted their initial dissection of the latest Redmond tablet, and they've concluded that the surface on the Surface is poor for service.

The third generation of Microsoft's high-end tablet received a repairability score of one out of a possible 10 – iFixit's lowest.

Among the issues noted by the company was the use of non-standard connectors, an unreplaceable battery, and extensive use of heavy adhesives that make opening and servicing components in the tablet nearly impossible.

Perhaps the biggest worry with the Surface Pro 3, says iFixit, is the screen itself. During the early steps of the teardown process, loosening and prying open the outer casing from the display, the researchers spotted cracks. 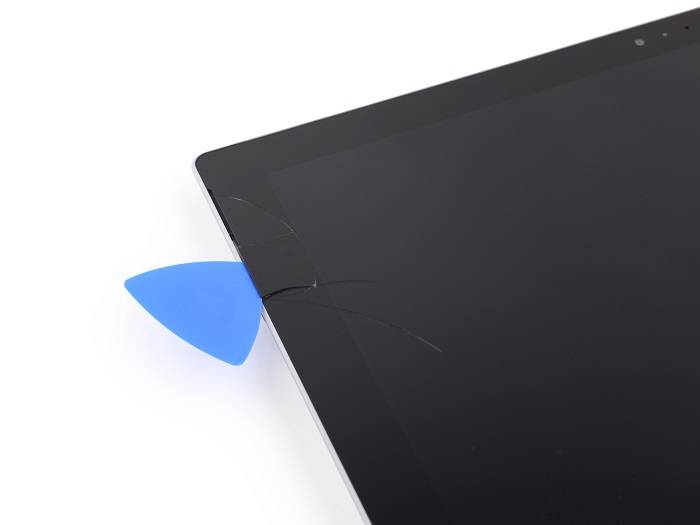 That crack probably won't buff out...
(click to enlarge)

The small fissure quickly spread through the screen, and the iFixit crew said that it had to tape up the display in order to prevent it from falling apart outright.

"The delicate and arduous opening procedure leaves no room for mistakes: one slip-up, and you'll be out a screen," they wrote.

Even if one can pull open the display, the Surface take-apart effort found that other measures from Redmond make servicing the device extremely difficult. While the SSD was found to be accessible and fairly easy to replace, other components such as the battery pack were glued into the tablet's casing to the point of being impossible to remove without causing permanent damage. 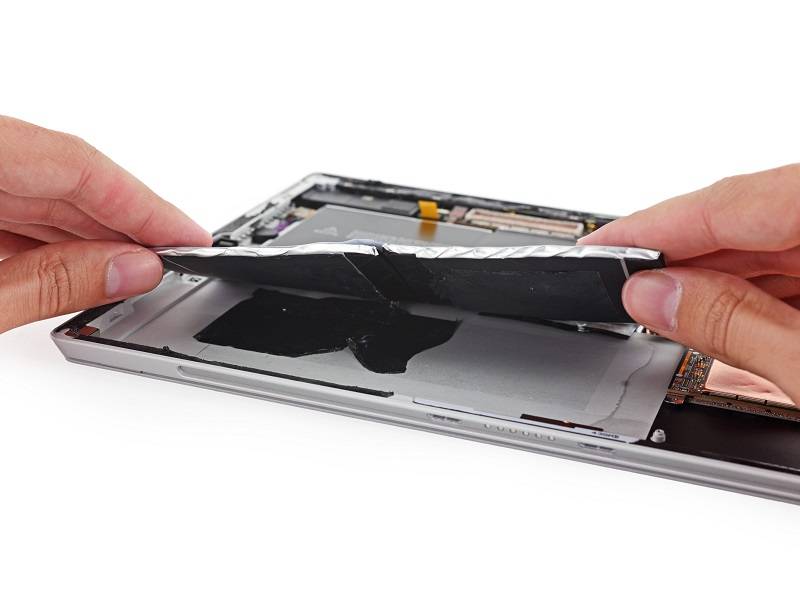 That sound? It's your warranty shattering into a million pieces
(click to enlarge)

To be fair, few if any tablet systems these days fall under most peoples' definitions of repairable. Vendors are able to squeeze a tablet's guts into their svelt enclosures by using glue to secure components, along with other space-saving measures that make DIY repairs difficult to impossible. Apple, for example, receives similarly low repairability scores for many of the same reasons.

That the Surface Pro 3 wouldn't even survive a case opening, however, could be seen as cause for concern about overall durability.

The team at iFixit has performed hundreds of such teardowns in the past, and hardly qualifies as ham-fisted when it comes to handling delicate components. Indeed, the company makes its living selling users the very tools that allow for the opening of mobile devices without cracking screens or warping battery packs. 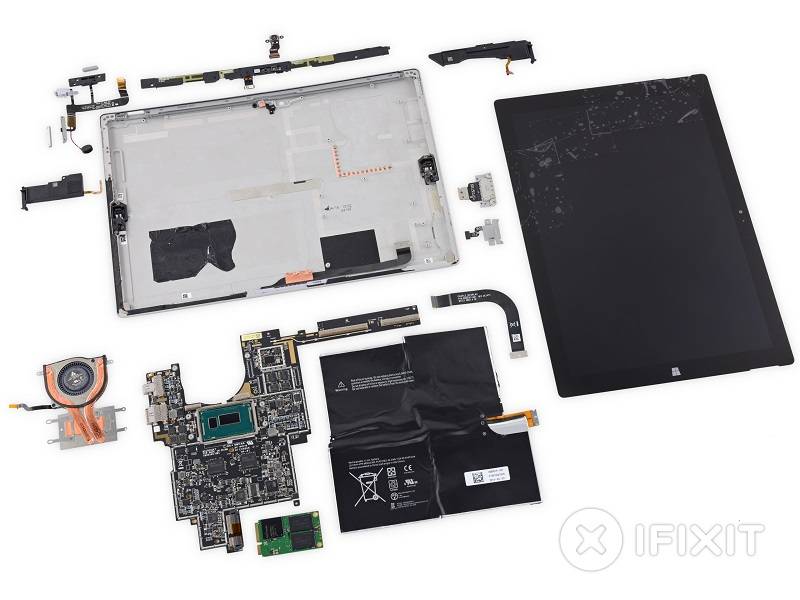 "Microsoft went to great lengths to make the Surface Pro 3 super portable, thinning it down from the Pro 2's 0.53in to a mere 0.36in thick," the DIY repair site noted.

"But it seems the thinner glass does not bode well for ruggedness, or repair."

It goes without saying that you should always let authorized service shops perform repairs and upgrades whenever possible.

Microsoft said as much in a statement provided to El Reg

As with all of our Surface products, Surface Pro 3 is engineered with high-quality components to be as thin, light and powerful as possible and is designed to be serviced by professionals. All Surface products come with a one-year limited hardware warranty and customers have the option of additional warranty protection with Microsoft Complete, which gives customers two years of limited hardware warranty coverage that includes accidental damage protection.

Given that the Surface Pro 3 has only been on the market for a few days, your warranty should be just fine for now. ®