Creepy battery-operated teddy bear sex toy..,sadly, this is for real

Hold his ears while his tongue takes you to heaven and back!

NSFW What do you buy the woman that has everything? Something else, we would advise, and certainly not the latest cuddly sex toy hoping to find a place in the hearts (and between the legs) of women everywhere. 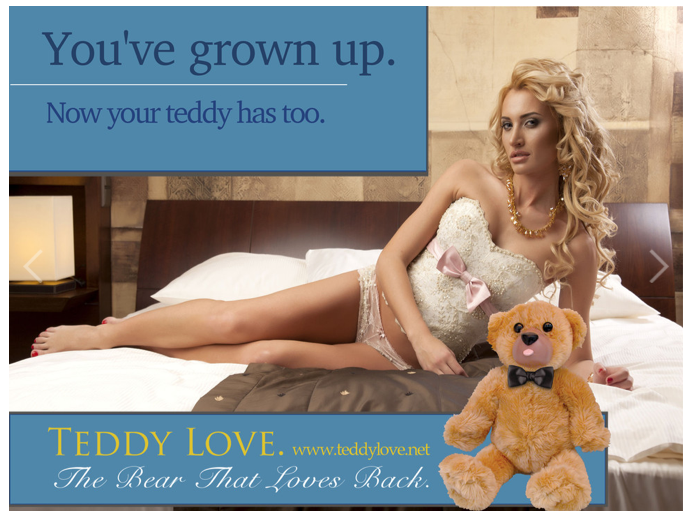 Teddy Love is a "bear that will love you forever", or least until its AA batteries run out. It offers the sort of love performance no flesh-and-blood woman or man can match.

Dawn Harmon, CEO of Teddy Love, is a marketeer who helped launch Viagra in the US.

She asked: "Have you ever seen someone walking through an airport, in a restaurant or through a place of business with a large adult toy protruding through a handbag?"

Erm. Not really, in our experience.

"Our discreet product Teddy Love can be placed anywhere," she reassures people who walk the world clutching mahoosive sex toys in public places.

"Teddy's nose and tongue vibrate very strongly," Harmon continued. "The nose touches the clitoris and the tongue goes into the vagina. The controls are in Teddy's ears, making him the ultimate listener and you are in full control. He can sit facing a woman, doing his job and leaving your hands free to do other naughty things."

So far, a fundraising effort on Indiegogo has raised a teeny $373 of a $50,000 goal, although anyone looking for Teddy Love has more than 50 days left to pledge their support.

So what's more embarrassing then being caught strolling around with a massive sex toy? Encountering four grown women being pleasured by teddy bears, we would wager. That's the image conjured by the perk offered to anyone willing to invest $500 in the Indiegogo campaign. 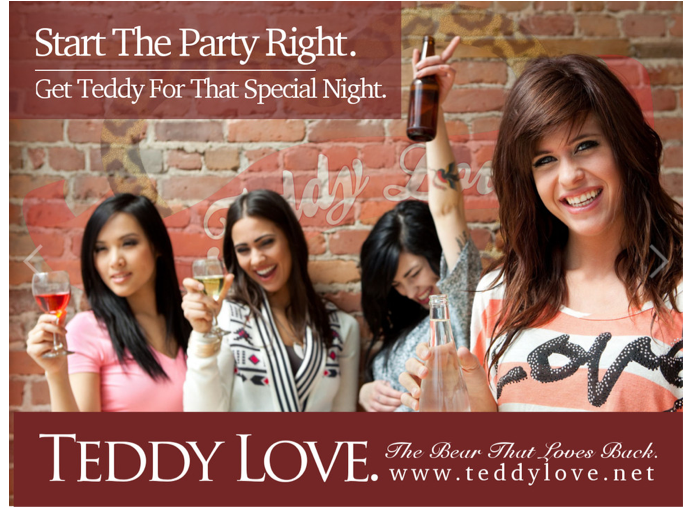 That's a night in/out you will never, ever forget. Public indecency convictions have a habit of lasting much longer than any sexual experience. ®