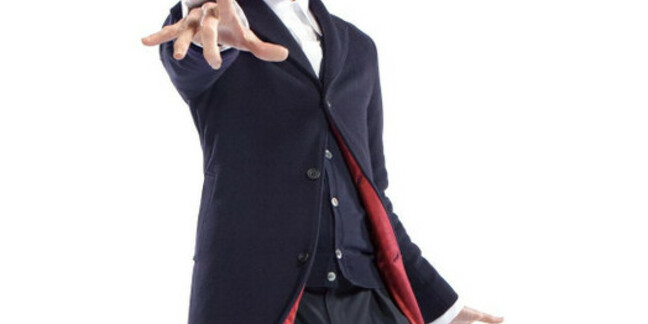 The BBC has released the briefest of brief teasers for the new series of Doctor Who, coming in at just 15 seconds of Peter Capaldi’s first turn behind the wheel of the Tardis.

We can, I suppose, count ourselves lucky that the teaser features some actual talking, although there’s only some time to squeeze in a sentence each from the good Doctor and his companion, Clara Oswald.

Still, it’s meaty enough stuff and jazzed up quite a bit by the fact that Capaldi is standing in a flaming Tardis and looking rather menacing.

The first episode of the new series will be feature-length (of course) and hits Blighty’s tellies on 23 August. ®

It's X-ray men: Rise of the machines – as units deploy AI for NHS