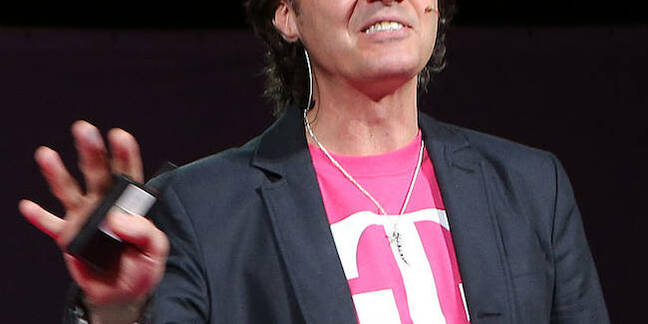 T-Mobile US has been accused of hitting customers with bogus text-message charges running into hundreds of millions of dollars.

The Federal Trade Commission (FTC) has filed suit against the carrier, and the Federal Communications Commission (FCC) has opened an investigation. The agencies alleged the company allowed users to be charged for premium text messages without their knowledge or against their will.

According to the FTC complaint, T-Mobile US bagged huge revenues from marketing firms who signed users up to receive premium SMSes and proceeded to charge fees even after users had opted out of the services.

The FTC suit [PDF] claims that between 2009 and 2013, T-Mobile US allowed third-party companies to add monthly charges to bills of which T-Mobile collected a 35 to 40 per cent share. When customers complained or disputed the charges, T-Mobile often ignored or disregarded consumer complaints as it was profiting from the charges, it is claimed.

"We have alleged that T-Mobile took a hefty cut out of these charges," said Jessica Rich, FTC director of consumer protection.

"In aggregate this has translated to hundreds of millions of dollars in revenues for T-Mobile."

Last year, T-Mobile US was among a group of American carriers that vowed to stop charging users premium fees for SMS messages in an effort to crack down on fraud.

According to the FTC, however, the company also needs to refund users the revenues it made from allowing so-called cramming practices to operate on its network before the new anti-premium SMS policy was put in place. The lawsuit calls for the carrier to provide customers with refunds, while T-Mobile US could face further fines should the FCC decide to pursue its own case.

"We will determine in court just how much [money was collected], and how much of that is due to customers," Rich said. She added that before filing its lawsuit, the FTC had tried to negotiate a settlement with the carrier.

Meanwhile, T-Mobile US moved quickly to condemn the suit as "unfounded and without merit." In a statement released Tuesday afternoon, CEO John Legere placed blame on the marketing companies.

"Unfortunately, not all of these third-party providers acted responsibly— an issue the entire industry faced," Legere wrote.

"We believe those providers should be held accountable, and the FTC’s lawsuit seeking to hold T-Mobile responsible for their acts is not only factually and legally unfounded, but also misdirected." ®