Back to square one

At the same time, the HAS is attempting to estimate the size of the sound source from the time constants. Small objects create shorter sounds than large objects. Record a cannon shot, speed the recording up by a factor of 10, and it sounds like a hand gun. Clearly if a loudspeaker has time constants of its own, it will interfere with any time analysis the HAS is attempting to perform.

For example, in the majority of legacy loudspeakers, the acoustic source, which is the place where the sound appears to be generated, actually moves backwards several metres behind the speaker at low frequencies. This does not happen with real sound sources such as tympani.

Only after the direction and size of a source has been determined does the HAS revert to the frequency domain to give us pitch and harmonic information. When the ear is working in the frequency domain on a sound having stationary statistics, the phase relationship between different harmonics can be changed and those changes will not be detected.

Quad ESL-63 step response is calculated from the impulse response above and performs well – albeit with some bass emphasis. The square wave output is a different class over conventional loudspeakers

The great majority of legacy loudspeakers will fail a square wave test spectacularly. Creating a time accurate speaker that will reproduce a square wave is only a matter of finding engineering solutions to the problem. The image above shows the acoustic output from a square wave input of an experimental time-accurate speaker I designed about 15 years ago. The difficulty is not in doing it but in realising it is necessary. 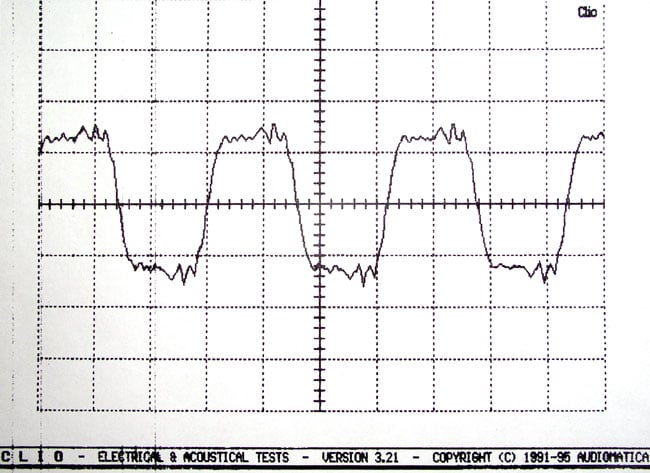 Since air cannot sustain a pressure change, the step response of a time accurate loudspeaker should consist of a sharply rising leading edge followed by decay back to ambient pressure. Again, most legacy loudspeakers fail this test spectacularly, displaying a step response like an empty furniture truck hitting a pothole and performing a comprehensive demolition job on the input waveform.

One of the few transducers that exhibits a good step response – and consequent realistic reproduction of percussion – is the electrostatic loudspeaker. Unfortunately, for good performance, these must be large and sited well away from walls and this is not appropriate for many domestic circumstances. Another is the moving coil device developed by Josef Manger that was specifically designed with accurate time response to meet the imaging requirements of the human auditory system. 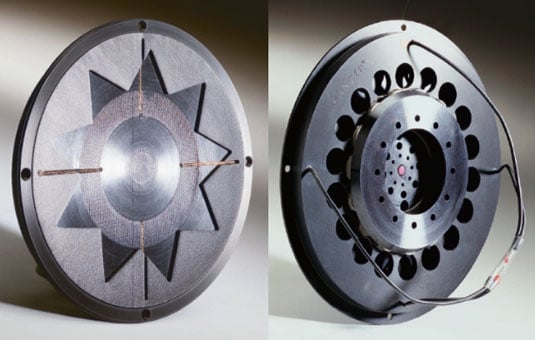 Since disturbed air pressure leaks away back to ambient, it should be clear that at low frequencies there is more time for this to happen. To generate low frequency sounds, a significant displacement of air is necessary, obtained by a surface having a large area moving an appreciable distance.