Namibia's HESS-II telescope has shown off two-years' worth of software upgrades, identifying gamma rays at 30 GeV emanating from the Vela pulsar.

Vela is a well-known object, having been associated with the supernova remnant of the same name in 1968, and is visible in the radio, optical, X-ray and gamma spectra. HESS-II's achievement is that it's the first ground-based gamma ray detection of Vela.

It's also only the second ground-based gamma ray pulsar observation, the observatory says in this announcement.

HESS-II comprises a 28m telescope and four 12m telescopes, giving it the ability to spot energy sources down to the 30 GeV range, and the Vela pulsar represented a demonstration project. It's also the only telescope* that can use different sized antennae to detect Cherenkov radiation in sync, up to the TeV range.

The 28-metre telescope was added during the 2012 upgrade, and it saw “first light” in July 2012 with an observation of the high-luminosity J1640−465 supernova remnant.

That marked the start of the software development to implement what deputy director of the HESS collaboration and CNRS researcher at the Laboratoire Leprince-Ringuet Mathieu de Naurois called the “extremely complex algorithms” needed to detect the gamma rays from the ground. 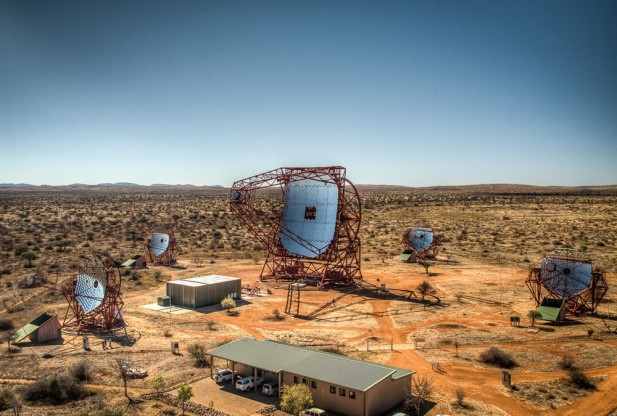 The period of the detected gamma rays, 89 milliseconds, matches what's known about the Vela pulsar. With HESS-II's operation confirmed, the facility will get to work investigating the pulsars at the centre of the Milky Way galaxy. ®

Bootnote: This sentence originally mis-described HESS-II as a "radio telescope". Thanks to the reader that pointed out the error. It's a Cherenkov radiation detector, which sees the flashes of light emitted when rays strike the atmosphere. ®