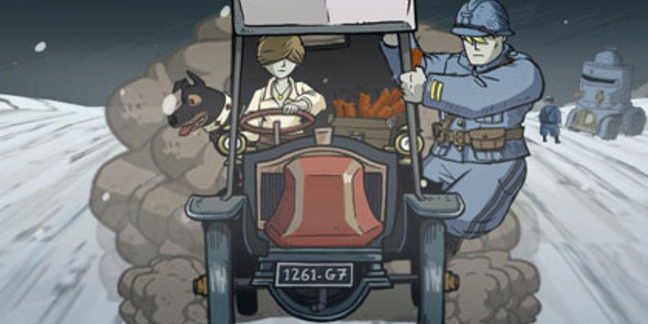 Game Theory Later this month we commemorate the 100th anniversary of Europe's plunge into the deadly turmoil of World War I.

The role of dogs in the Great War was varied – sniffing out explosives and lugging equipment are just two of their tasks that spring to mind – but I can presume they played a much important role of companionship in desperate times.

Indeed, college is almost finished for this academic year and your correspondent will soon be catching the ferry to Normandy to snuggle with four dogs on a sofa in her mum’s French farmhouse – and possibly play and replay a few choice war games.

Valiant Hearts: The Great War is set in the bloodshed that swept across Europe between 1914 and 1918 and tells a century-old story in a creative, innovative and meaningful way. I know Ofsted wouldn’t approve but I would like to plonk every 16-year-old that comes into my classroom in front of this game for a few hours, as it is an astonishingly moving educational tool. It's certainly less traumatic than finding a copy of Krieg dem Krieg (War against War) on the library bookshelf.

The characters of Valiant Hearts – Anna, Karl, Freddie and Emile – have interweaving storylines over the course of the war. While fictional, these tales are obviously inspired by ordinary citizens of Europe and the letters they used to communicate. 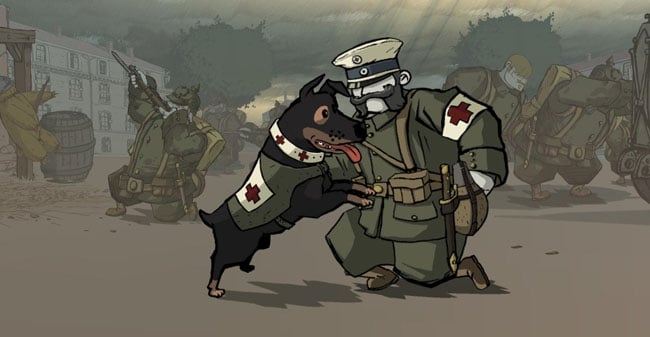 Caught up in a situation they have no control over, all the game's characters can do is help each other and adapt to the horrors they face. One of the most heart-rending of these moments is when Freddie and Emile join forces to free the yelping war doggie Walt from barbed wire and prevent him from being crushed by an armoured vehicle.

Walt is the centre of the narrative, and a mainline to my heartstrings. Bred for medic duty in the German Army, Walt the dog encounters each of the characters and weaves their stories together with his innocent unprejudiced point of view. In the game, the dog helps the player to complete puzzles by digging holes and pulling switches. 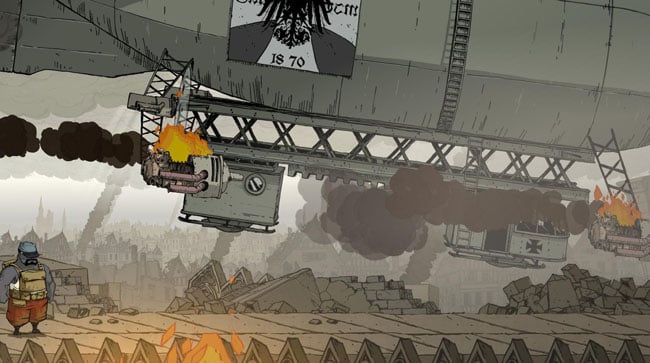 French farmer Emile is conscripted into the French forces at the same time Karl, his son-in-law, is conscripted into the German army, leaving Emile’s daughter, Marie – who is also Karl’s wife – alone in Saint-Mihiel with their newborn baby. The narrated letters sent back from Emile to daughter Marie describe the depth of human struggle and the misery of the trenches.

The sketchy comic 2D woodcut graphics created by the UbiArt engine are used to great effect, not only revealing these dark personal stories but also depicting the corpse-littered battlefields of Ypres and Verdun. The aesthetic cleverly matches animations of the time, with moving maps and stop-motion movements. The game is scored with moving piano arrangements that use familiar melodies combined with atmospheric devices and sound effects. 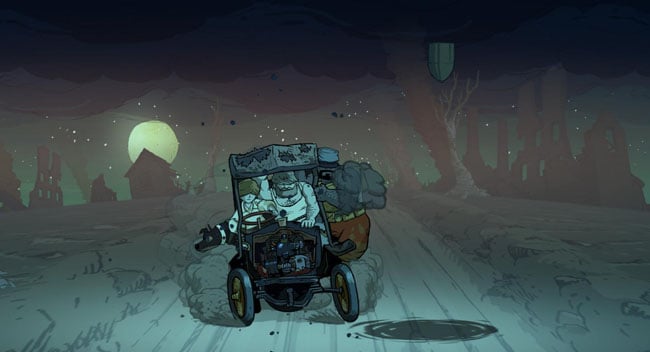 Driving is a blast

The puzzles of Valiant Hearts are a narrative device to further the plot. An initially simple one has Emile cooking a sausage for baddie Baron Von Dorf, but the puzzles become harder as you ascend in level. More complex tasks include fixing a neighbour's plumbing in order to receive items to bargain with other non-player characters to open doors. The most exhilarating part of the game involves driving at breakneck speeds through streets of Paris, zooming under the Arc de Triomphe to the sound of the can-can to deliver French reinforcements to the front line.

Mulls rewrite to wholesale service standards to give punters some leverage