BT slapped down by BSkyB over O2 broadband 'switch off' porkies 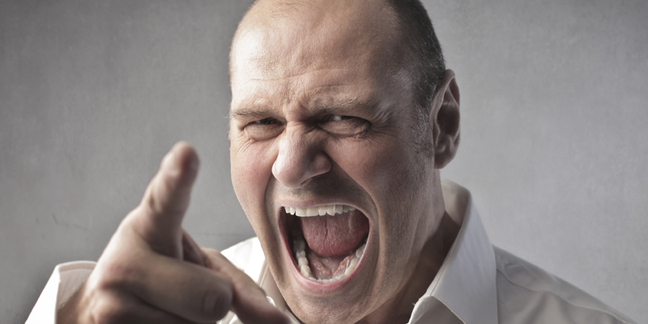 A BT direct mail advertising campaign spectacularly backfired on the telco after it claimed BSkyB would switch off O2 users' broadband.

The telecoms giant had claimed in a shouty flyer posted through Brits' letterboxes that BSkyB would "SWITCH OFF O2 BROADBAND BY APRIL 2014."

But BSkyB challenged the ad by lodging a complaint with the Advertising Standards Authority.

It successfully argued that BT had misled consumers into thinking that BSkyB would kill access to O2 subscribers' broadband network without notifying them of those plans.

BT attempted to end the row by stating that it had been public knowledge since March 2013* that BSkyB would shift O2 broadband customers over to its own network.

But the watchdog ruled against BT, in part because its claim was posted on a "NEWS" page. The ASA said:

Whilst we acknowledged that O2 broadband customers had been informed that their service would be moved from O2 to Sky, we considered the claim "SKY TO SWITCH OFF O2 BROADBAND BY APRIL 2014" went beyond the information provided to consumers and would imply, both to those who had read previous notices of the changes and those who had not, that Sky were going to automatically switch off O2 customers' broadband service by April 2014.

The ASA upheld BSkyB's complaint and told BT that the ad had misled customers and must not appear again in its current form. ®

The Register exclusively revealed in January 2013 that BSkyB was sniffing around O2's home broadband service. The company confirmed it was buying the network in March last year.