Never mind the Ts&Cs, what does the law say?

Worstall on Wednesday There has been much consternation in Middle America over Facebook's decision to ban from its advertising network a picture taken by a doting mother of a little girl pulling the woman's daughter's swimming costume down.

The image is an homage to one of the iconic advertising images in the US, that of the little girl in the Coppertone suncream ad from the 1950s. But why the outrage?

The fault is partly with the law on "indecent images" and pornography - and it's we on this side of the Pond who are responsible in two ways.

Firstly, that children's bare bottoms may be considered to be pornography, and secondly, that the law which governs such images is not the law of the country where the picture was taken, nor uploaded, nor where the server is, but where the browser that views it is located.

Thus, such adorable little pics could be entirely legal in the US or wherever, but could lead to Pete Townsend-style investigations if anyone in the UK looked at them.

The story is this:

A North Carolina mother tells CBS News she "stands behind" the photo of her daughter that got her temporarily banned from Facebook.

While at the beach, Jill White, a professional photographer, snapped a picture of her two-year-old daughter recreating the pose of the "Coppertone girl" from the 1950s, reported CBS Charlotte affiliate WBTV. She had told the news station that her daughter's bathing suit had been pulled down by the little girl's friend.

After asking the friend's mother for her permission, White says, she posted it online.

"I posted [the photo] on Coppertone's [Facebook page]," White told WBTV. "We thought it would be cute because of the old Coppertone ad and her tan line looked like that."

Then, White said, someone reported the photo to Facebook as being inappropriate. Given the option to delete the photo or change the privacy settings, White chose to ignore Facebook's warning, saying she did not believe the photo could be considered either nudity or pornography, which are barred under Facebook's terms of use.

"There's nothing sexual about this photo," she told CBS News in a phone interview.

Facebook's terms of use are notoriously murky on the matter. It essentially reserves the right to "remove content that violates our Statement of Rights and Responsibilities". In the past, that has included pictures of breastfeeding mothers, artistic nude photos and paintings, among other images.

It doesn't matter that to the photographer, the mother of the child, to Middle America or even to rational and decent opinion, that there's nothing sexual about this picture.

Where in the world is Carmen Sandiego your Facebook friend?

But it does matter what the law says about it. Here in the UK, pictures of nude or semi-nude children can sometimes be regarded as being child abuse images (albeit at the lowest end of the scale) under section 1 of the Protection of Children Act, which may regard them as "indecent" images. The term "indecent" is not defined by the Act.

And it is the law here that matters, just as it matters what the law is in Germany, France and Kazakhstan. For the laws which govern what may or may not be seen or read depend upon the laws in the country where they are seen or read. Perhaps an oddity, but true all the same.

The idea is an old one in English common law. To take something very similar, consider the pro-plaintiff UK law of libel. If you publish something in the US then you'll clearly be subject to the (comparatively lax) US laws on defamation. But it only needs one copy of that to enter the southernmost parts of Great Britain for it to be subject to the much more draconian libel laws of England and Wales. Of course, this is all relative to "damage" done or reputation lost in the jurisdiction where the claimant is attempting to file suit.

This is something that Rachel Ehrenfeld found out the hard way.

Another case, back in 2002, concerned an article published by American firm Dow Jones on its website. The article was researched and prepared in New York but uploaded (or posted) onto the Dow Jones website, which was hosted on a server in New Jersey.

A bloke in Australia claimed he had been libelled by it and sued under Oz law (Dow Jones & Co. Inc. v Gutnick). It was the first time a country claimed jurisdiction against a foreign defendant based solely on a download made in that country. Dow Jones settled the case in 2004, as under Oz law it was obviously defamatory, whereas under US law it was not.

In the UK today the law goes further than this, for there are two different offences, one more serious than the other.

The first is the possession of "indecent" (however widely defined) images of a child (section 160, Criminal Justice Act 1988) and the second is the production of those images (governed by the aforementioned Protection of Children Act).

Now, we're not saying that the image from Coppertone's Facebook page is in any way indecent, but before it turned up in your browser, there was one copy of the image in existence, on Facebook's servers. Now that you're looking at it there are two: one on the server and another saved in your browser's cache. You have therefore “produced” that local copy.

Thus Facebook taking the image down is damn all to do with US law, decency or even moderate good sense. It's to do with protecting us from our own laws.**

It may not seem sensible that this is the way the law is, that the jurisdiction of readership, of location, of viewing, determines what the law is regarding something as obviously international as the internet or the web.

The censorship decisions of various media companies make a great deal more sense when one understands that this is the way that it is. 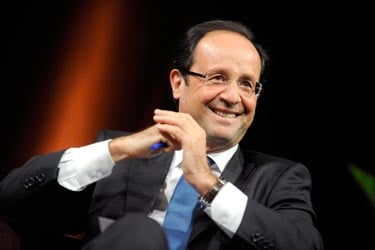 As an example of this, it is an offence in France to insult a public official (no, really!). Therefore, in theory, if I were (as a hypothetical, of course) to declare here that “François Hollande is a Poopy Head” and then this article were read in France, I would, in this hypothetical and theoretical example*, be guilty of an offence under French law. This would be in spite of this statement being published in England, where “mere vulgar abuse” is an accepted exclusion from all of the libel and slander laws.

In short, what we can say to each other on the internet is determined by if and where Johnny Foreigner reads it and the laws that Johnny Foreigner has about what can be said in Foreign Johnny land. And ain't that an oddity for something that interprets censorship as damage and routes around it? ®

* That should be enough to make clear that it's an example, not a statement?