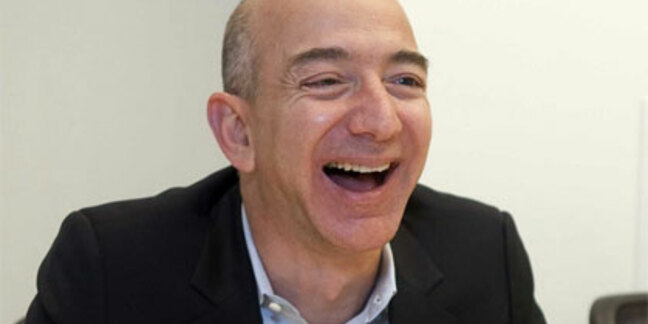 Mobile is the new cloud! we imagine a swivel-eyed CIO shouting on the street, while clutching 10 phones to his or her chest.

But judging by Amazon Web Services' latest major release, there is a truth to this, as the cloud giant announced on Wednesday a set of AWS Mobile Services designed to make it easier for developers to hook mobile apps into its rentable computers.

Cognito comes with tech to allow for "anonymous logins" via "unauthenticated guests", Amazon said, which makes it easier for developers to let privacy-conscious users access the app without giving over their identities. The tech costs $0.15 for each 10,000 sync operations and $0.15 per GB of sync store per month.

"There's an anonymous identity which allows you to interact with the app and test out all the synchronization and features without having to hand over your Facebook login or email address – we think that's going to be really good for consumer apps," explained Amazon's scientific and technical computing lead Matt Wood in a chat with The Register.

The documentation for Cognito explains further:

Your app users can start off as unauthenticated guests, as they might do when they first try an app. Amazon Cognito allows you to securely store and sync data, such as application settings, to the cloud for these users even though they have not logged in.

If a user later decides to authenticate with one of the supported public login providers, Amazon Cognito makes it easy for you to preserve their data (such as app settings, or the level they have reached in a game) so that your users have a seamless experience throughout their usage of your application.

Thus, the idea behind the mobile services is to let developers pay Amazon to handle tricky stuff, like identity and syncing services, and in exchange the programmers don't have to reimplement those services for every new app they build.

Amazon's new mobile tech will, handily, also give Amazon a better hold over a lucrative fast-growing area of technology, while encouraging developers to build for Amazon's idiosyncratic way of doing things, which is a form of lock-in.

By integrating new services like Cognito and Analytics into the Amazon Mobile SDK, developers should be able to bring in the services easily, Wood said.

"The whole point of services like Cognito and Mobile Analytics is they are built to scale for the mega apps but they are easy enough to use that a one-two developer shop, school kids doing this and using it on the weekend in their pyjamas, can do this – all we're talking about is a couple of lines of code," he told El Reg.

Amazon is following its rivals here: Microsoft has spent the past year fleshing out its own set of Azure Mobile Services. Meanwhile, Google also has a set of similar technologies for building mobile backends via its Google Cloud Platform.

The difference between Amazon and its competitors, though, is the breadth of the AWS services, which give developers access to a broader set of Amazon-based tools to use when processing their data. The Mobile SDK, for example, makes it trivial to hook into other Amazon services, easing the app building process for developers and earning Amazon more money.